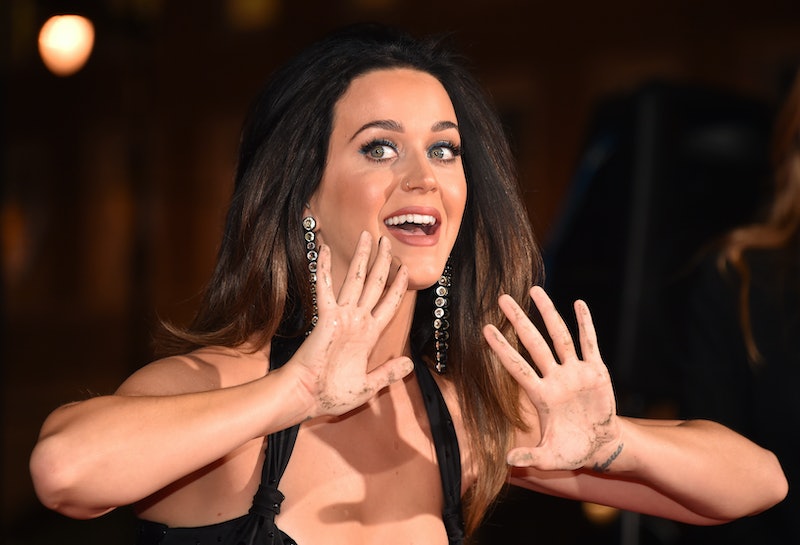 Is it really any surprise? Pumpkin spice is one of those ongoing seasonal trends that just has not seemed to die down. In the last couple of years, a wide variety of brands have latched on to the "pumpkin spice" trend to make new spinoff products. But fans of the beverage everywhere seem to agree that it can't get much better than the original. The frothy combination of spice flavors, steamed milk, espresso, and whipped cream is here to stay. So, it was only really a matter of time before celebrities started to weigh in on the drink that has been accused of being the epitome of "basic" (still under debate). Luckily, the drink has a few people who are happy to vouch for it! Read on to see which of your favorite celebrities have hopped aboard the PSL train.

The avid Starbucks lover has tweeted multiple times about enjoying pumpkin spice lattes, among other pumpkin-flavored goodies like cookies. She even posted a short stream of autumn-loving consciousness to her Tumblr page, which included this delightful phrase: "not caring when people make fun of pumpkin flavored stuff cause you LOVE IT and are happy it's all the rage." You tell 'em, Tay.

Swift and Perry may have "Bad Blood" now, but the feuding pop stars can at least agree on one thing. Perry once tweeted, "ERMAGERD we're ONE day away from pumpkin spice latte's!" Too bad the ladies weren't able to sort out their issues over a couple of them.

The former Hills star liked the PSL so much it was enough to convert her into a coffee drinker, at least for the fall. She tweeted in 2012, "Seriously pumpkin spice latte... I don't remember u being THIS good."

Like Cavallari, Snow seemed almost in shock by how much she enjoyed her cup. She tweeted, "Nothing is more surprising, yet oddly exciting than the return of the Pumpkin Spice Latte." Heard that!

The Fall Out Boy bassist isn't too proud to admit his love for the PSL. Back in 2012, he tweeted, "lets start a gentleman's club that enjoys pumpkin spice lattes. what do you think?" I think I speak for many when I say yes! So, what's the hold up, boys?

The English pop star finds the latte remarkably nostalgic. She tweeted last year, "#pumpkinspicelatte's remind me of recording the 3rd album in NY." She even added a pumpkin emoji for good measure.

You won't find a more, er, enthusiastic fan than this YouTube star here. Just a few days ago, he tweeted, "cant help but wonder what it would be like to bathe in a tub of pumpkin spice lattes..." Just going to leave that one there.

More like this
10 Pumpkin Recipes That Are Way More Creative Than Pie & Lattes
By Rebecca Deczynski and Alexis Morillo
Everything To Know About Taylor Swift’s 10th Studio Album, 'Midnights'
By Grace Wehniainen and Jake Viswanath
Taylor Swift Wants To Direct A Movie Next — But You Might Have To Wait
By Radhika Menon
Twitter Is Overjoyed With 'The Great British Bake Off's Return
By Maxine Harrison
Get Even More From Bustle — Sign Up For The Newsletter