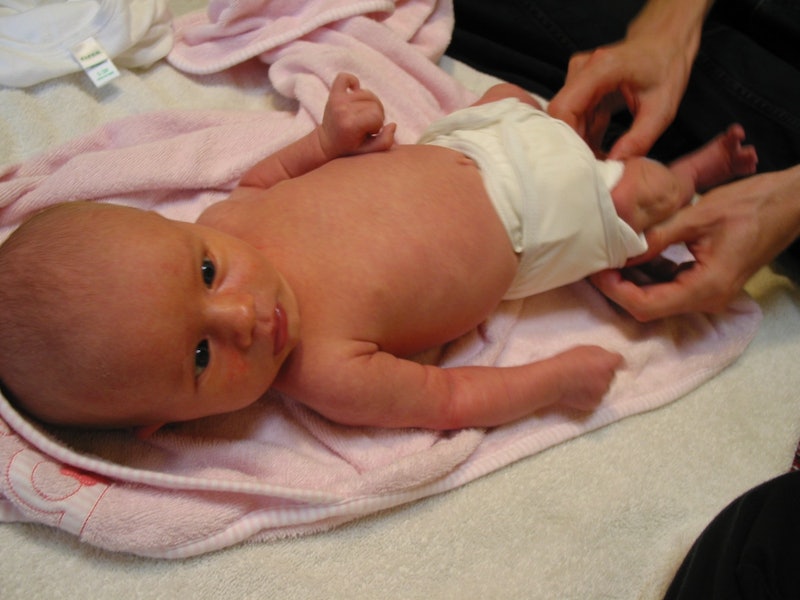 Finally, some good news for low-income families living in California: The city of San Francisco is now subsidizing disposable diapers for all residents who receive welfare benefits through the state CalWORKS program. Currently in its pilot phase, the program serves 257 families with children under the age of one, but by Nov. 1, it will be operating at full capacity. The city expects to spend about $479,000 annually on the program, serving about 1,300 families with children under three. The move is a pretty significant one, considering how no other state or local government currently covers the cost of diapers. That's a financial burden that's taking a toll on many low-income parents.

Sheree Guthrie, a mother who's been part of the pilot program, recently told Al Jazeera, “They don’t really give you enough [money] here in San Francisco to pay rent and to buy food and to buy the diapers. You’re kind of left without any options towards the end of the month. So the diapers have been a really nice option."

The strain of paying for diapers each month is no joke. According to the journal Pediatrics, the average baby goes through about 240 diapers a month, bringing a family's annual diaper spend to about $936. For low-income families, the added expense can hit the wallet hard, which is why it's pretty shocking that disposable diapers are not covered by food stamps or WIC. Last year, California assemblywoman Lorena Gonzalez introduced a groundbreaking bill to create a program to provide diapers. As noted in the bill, "Existing federal law classifies diapers with cigarettes, alcohol, and pet food as disallowed purchases under CalFresh and the California Special Supplemental Food Program for Women, Infants, and Children." Yes, you read that right — diapers are in the same category as cigarettes and alcohol. The bill passed in the assembly, but has yet to be voted on in the Senate.

What makes all of this so mind-boggling is one simple and unavoidable fact: Diapers are a necessity, not a luxury. And when parents are unable to afford diapers, they're often forced to resort to unbelievable measures. Just last year, NPR's Arun Rath reported a growing — and alarming — trend among poor families in the U.S.: Parents in low-income households are reusing dirty diapers, putting children at risk for diaper rash or urinary tract infections.

For the report, Rath interviewed Joanne Goldblum, a social worker and executive director of the National Diaper Bank Network, about the problem. And the details are pretty upsetting. "I would visit and see them firsthand taking a diaper off their child, emptying out the solids and putting it back on," Goldblum told Rath. "Food stamps and similar programs don't cover diapers, but even if they did, it would not help this situation." As for the other side of this argument — why these parents can't just switch to cloth diapers — they simply aren't a feasible option. As Rath reports, the initial cost for cloth is high and most laundromats don't allow them in their machines.

For these reasons and more, there are hundreds of families living in San Francisco who are likely overjoyed by news of the diaper assistance program. But the fact remains that there are currently 8.2 million women and children receiving WIC benefits nationwide. And according to the National Diaper Bank Network, one in three American families struggle to pay for diapers. In other words, more needs to be done — a fact that many advocates would like to remind everyone of now more than ever. This week is Diaper Need Awareness Week (Sept. 28 to Oct. 4, 2015), a time when the public is encouraged to call or email state and local lawmakers about the need for more assistance programs. You can also help raise awareness by using the hashtag #DiaperNeed, or visiting the National Diaper Bank Network to donate or learn more.

More like this
How The City Healed Five Years On From The Manchester Arena Attack
By Ella Glover
How To Support Gun Control Reform Right Now
By Morgan Brinlee and Carolyn Steber
Plan C Vs. Plan B: What's The Difference?
By Lexi Inks
An Honest Review Of The TikTok-Famous WalkingPad
By Kaitlyn Wylde
Get Even More From Bustle — Sign Up For The Newsletter