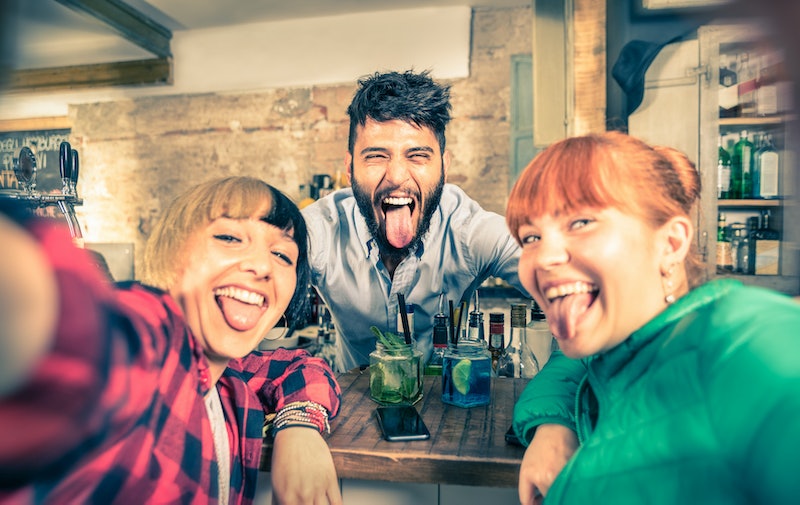 You know how those think pieces trying to old-person-splain millennial culture, behavior, attitudes, and shortcomings are super irritating? Because they are almost exclusively penned by Baby Boomers, a generation in which straight white men (and straight white women, for lifestyle pieces) were the only people privileged enough to get op-ed writing jobs, and thus their work continues to display a disturbing inability to check their own privilege? So they just wind up sounding super out of touch while blaming millennials for not facilitating our own economic gain because we refuse to buy into the racist, classist, sexist, etc. practices that fuel their capitalism? Well, Nora Reed shares all your feels, and used her ingenious tweet-generating code to create a hilarious satire of this phenomenon called @Thinkpiecebot.

"I’m a millennial, and I’m incredibly frustrated by articles written by people outside of our demographic attempting to explain us and doing so badly...They ask questions about why we don’t do things that require money, like have big weddings or buy houses, and come up with ridiculous reasons involving how we got too many awards as a kid as reasons instead of realizing that their generation completely ruined the economy....Capitalist culture attempts to tie our ideas of self-worth to our economic output, and millennials have largely been forced into emotionally and physically draining dead-end jobs that underpay us, if we’re employed at all."

Um, preach. Preeeeeeach. Did I mention:

If you're on the older side of the millennial age bracket, you might remember a time when adults tried to scare you into deactivating your Facebook (which you could finally get now that you had a college email address!), because any photo of you holding a solo cup would instantly tank your job prospects. They would tell horror stories of all their friends and colleagues who were passing over young people for jobs because they looked them up on Facebook and didn't like what they saw.

(Those alarmists never seemed to understand that Facebook has always had pretty sophisticated privacy settings and that we were very much in control of who saw what, if we were taking advantage of them.)

Fast-forward a decade and a robust social media presence is actually a requirement for tons of jobs. Not having a Facebook account makes you seem creepy, and not being on Twitter makes you seem out of touch. In many cases, your resume doesn't matter nearly as much as your social presence.

"From these people’s perspective, Twitter was a platform for self-obsessed 20-somethings to talk about what they had for breakfast, but after my generation figured out how to use it for large-scale political activism and to connect people to conversations that never would’ve existed, THEN they’re happy to get accounts to promote their “brand”. They’re happy to roll their eyes at fandoms that are creating enormous quantities of creative material and inspiring new writers and artists to make things for their own satisfaction and to share with their communities. They’ll complain about new gender identities and sexual orientations, never realizing how much of a balm to isolation it can be to have a word to describe how you are and to be able to connect to people who feel the same way."

Plus, she won't open source her bots for what may be the greatest reason not to do things: "I am concerned that if I do that, men will do things with them."

(Men being the geniuses behind ideas like #NoHymenNoDiamond and defunding Planned Parenthood.) Reed adds, "As soon as someone makes an open source licence [sic] that only allows use by women and non-binary folks and forces men to ask my permission to use my code, I’ll probably release it."

Here are some of the account's best tweets. If anyone needs me, I'll be fighting the urge to write some of them up.