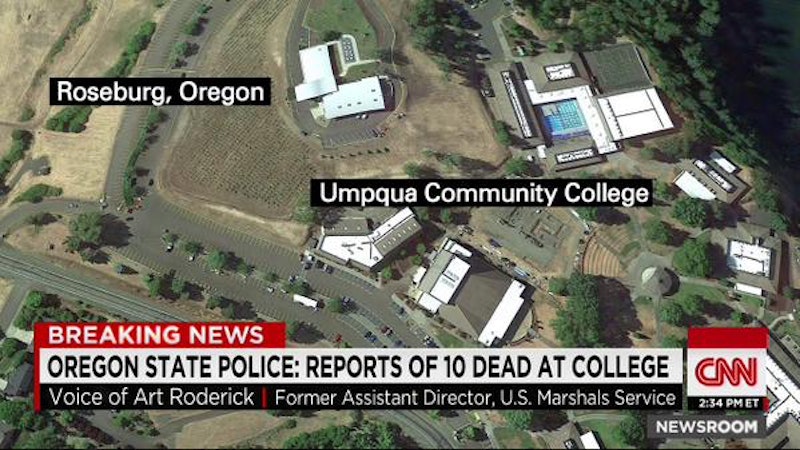 The shooter is "down" and in custody, according to CNN, and the campus is on lockdown. Students are being taken from campus by bus. If the death toll is accurate, this would make Umpqua the site of the most fatal school shooting since Sandy Hook in 2012.

Fire District No. 2, aka the Douglas County Fire Department, Tweeted: "Active shooter at UCC. Please stay away from the area ... Active shooter scene is code 4. Multiple casualties all pt's transported."

CNN's Brian Stelter also Tweeted: "A fire department spokesman, on the phone with MSNBC, sounds shaken. Says the death toll is unknown — but will be high."

Multiple ambulances are on the scene tending to the victims. Roseburg is a small city south of Eugene, and in the 2010 census had just over 20,000 residents.

The Bureau of Alcohol, Tobacco, Firearms, and Explosives (ATF) said in a Tweet: "ATF sending additional agents from Portland along with K9 team to #UCCShooting tragedy."