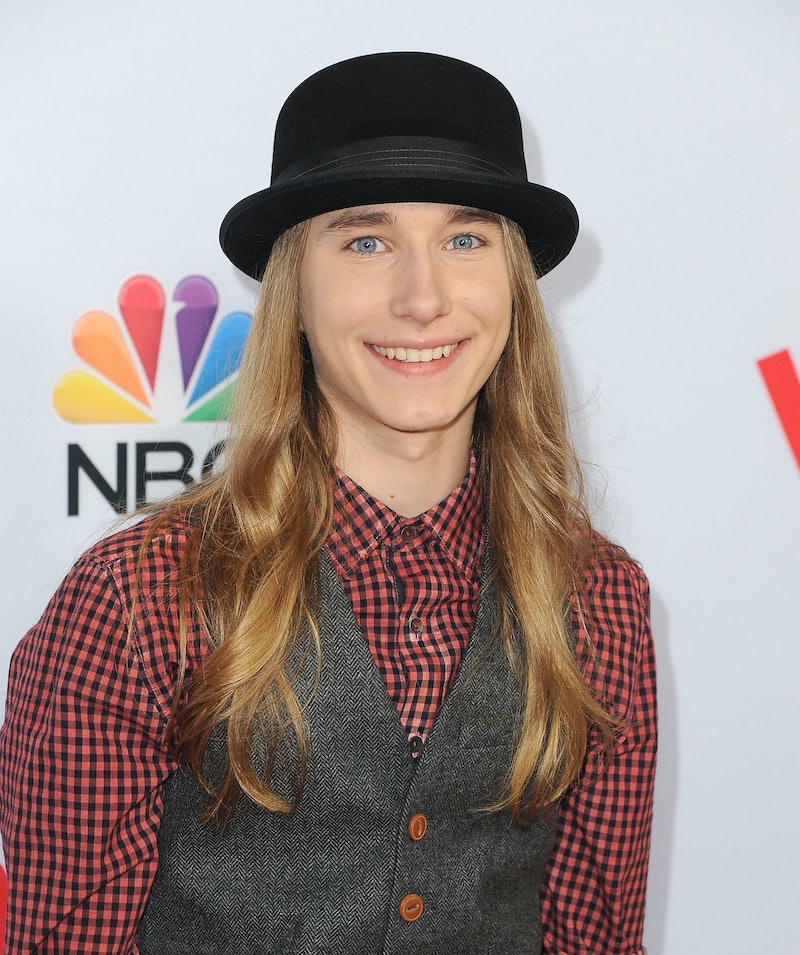 There is a reason that 16-year-old Sawyer Fredericks became the youngest contestant in history to win The Voice, and it's not just because he looks like 1997 Taylor Hanson and rocks a serious James Bay/Ray Lamontagne vibe. Sawyer Fredericks has an insane voice, the kind that speaks to your soul and lures you in immediately, straight from that opening note. I mean, when four of the music industry's biggest names — that would be Pharrell, Christina Aguilera, Blake Shelton, and Adam Levine — all want you on their team, that's when you know you have some crazy talent. Not that the kid necessarily needed their approval to know that he's got one hell of a voice, but it obviously kicks things up a notch. Seriously, Fredericks has some soulful pipes on him. The talent is unreal.

And for The Voice fans who want nothing more than to fill their days with everything Sawyer Fredericks, look no further than 13 of his best videos below. Though pretty much every recording of Fredericks singing anything is a "best of" video (have I mentioned that the kid can sing?), the below vids are really the cream of the crop. There's a ton of Ray LaMontagne covers (Fredericks freaking shines on the Ray LaMontagne covers) as well as versions of Elvis and the Goo Goo Dolls and his audition and his original music and literally everything you could ever want. Happy listening!

1. When He Auditioned & All Four Judges Turned Around

2. When He Performed "Trouble" By Ray LaMontagne

THIS VIDEO IS EVERYTHING.

3. When He Slayed This Cover Of Elvis' "That's Alright Mama"

4. That Time He Performed Christina Perri's "A Thousand Years"

5. When He Crushed "Iris" By The Goo Goo Dolls

6. When His Cover Of Ray LaMontagne's "NYC's Killin' Me" Killed Me

7. When He Performed Ray LaMontagne's "Please"

8. And When He Performed This Original

12. When He Killed This Cover Of Neil Young's "Old Man"

13. And When He Performed "Summer Breeze" With Pharrell

And this, my friends, is exactly why the competition is called The Voice. (You're welcome.)