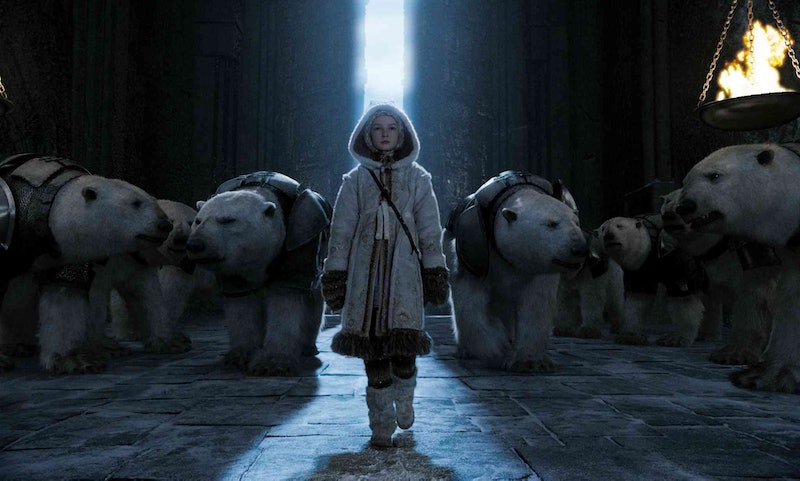 The very first author I ever went to see read was Phillip Pullman. He was touring in support of The Amber Spyglass, the final His Dark Materials novel, which I had been desperately awaiting after the cliffhanger ending of The Subtle Knife. (I remember thinking it took him forever to write and having to wait ages to finally get my hands on it — turns out all of three years elapsed between the publication of the two novels.) I asked a very silly question about the existence of daemons, but Pullman was kind enough to give a thoughtful answer all the same and explained that if he had a daemon, he thought it would be a magpie, a troublemaking bird obsessed with collecting shiny things. The idea of the writer as a thief, weaving together the bits and bobs of life, has stuck with me ever since.

The His Dark Materials trilogy is full of these kinds of sharp observations — many of which are heavier than your usual kid's book fare. Pullman's commitment to writing a story that would have meaning for both children and adults has gotten his books into some trouble over the years, but it's also given the novels a remarkable staying power.

This year marks 20 years since the publication of The Golden Compass , so in honor of the series' anniversary and Pullman's considerable wisdom, I've gathered the seven most significant lessons I learned from reading His Dark Materials. They may or may not be appropriate for children, but I seem to have turned out OK.

The novels' Big Bad is literally named the Authority, and he ultimately dissolves into nothing when exposed to fresh air. The message isn't exactly subtle.

In terms of literary families with the most messed up dynamics, Lyra and her parents are pretty high up there. Remember that time her dad killed her best friend? Or when her mom kidnapped her and force fed her a bunch of drugs? Yeah, that happened. But ultimately Lord Asriel and Ms. Coulter do agree on one thing: keeping their daughter safe, even when it costs them their lives.

Appearances Can Be Deceiving

This lesson is one Lyra, at least, learns early on. Ms. Coulter may seem glamorous and kind, but she's actually a ruthless sociopath responsible for Oxford's recent rash of kidnappings.

Pullman intended Lyra's journey, and her relationship with Will, as a reconsideration of the tale of Adam and Eve. But here, her fall into sin is a force for good, restoring balance to the universe.

Though Lyra has little interest in books or lessons, she is clever and resourceful — traits that serve her well along her journey. Yet science also plays an important role in the narrative (for both good and ill). Ultimately, the characters need both intellectual rigor and good old-fashioned craftiness to overcome the Authority.

Loss Is An Inescapable Part Of Life

One of the most remarkable things about His Dark Materials is just how many of the characters end up dying. Sure, Lyra and Will make it through the novels alive (though hardly unscathed), but they lose almost all of their friends and relatives in the process. These books are sad — and it all starts with poor Roger, which is probably why the movie's altered ending rang so false.

Speaking of loss, after all that trauma, Lyra and Will don't even get to stay together: they have to return to their respective worlds to live out their lives. Sad as this twist is, it's also undeniably true to life: most of us don't stay with the person we loved as a teenager for the rest of our lives.

More like this
9 Must-Read New Books Out This Week
By K.W. Colyard
Yomi Adegoke On The Offline Diaries & The Power Of Representation
By Jessica Morgan
The 43 Best Mystery Books To Read Now
By Morgan Leigh Davies
Conversations With Friends' Endometriosis Scenes Are As Brutal As It Gets
By Ivana Rihter
Get Even More From Bustle — Sign Up For The Newsletter