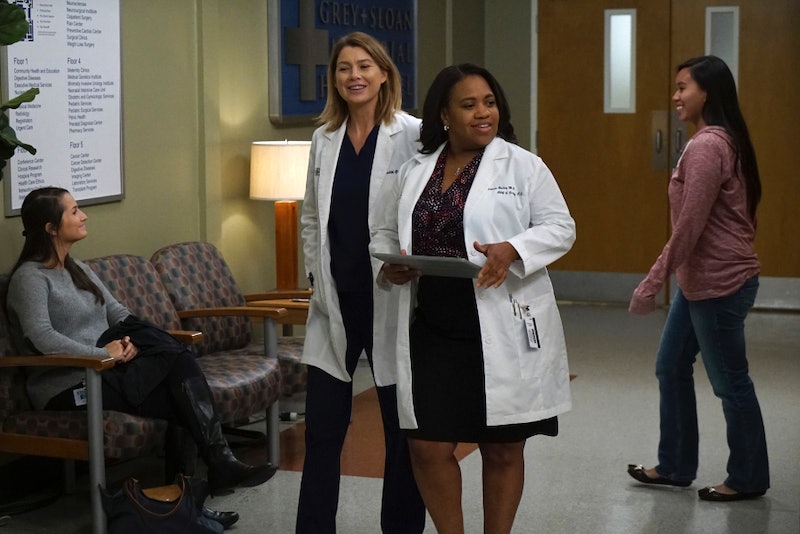 The day we've all assumed was coming is finally here, guys: Miranda Bailey is the Chief of Surgery on Grey's Anatomy, and rightfully so. From the days she was known as The Nazi when Meredith (and her mostly dead group of friends) were all still interns 'til now, when she's married to Ben and the happy, well balanced mom of Tucker on top of being a kick ass general surgeon, it's been pretty obvious that eventually she'd fill the shoes of Richard Webber (and Owen Hunt) and everybody else who came before her. But even though she was super excited to get started, Bailey's first day as chief didn't go exactly as planned.

First, she went in with crazy lofty ideas for how her chief hood was going to go. First, she got overambitious trying to help a woman suffering from a pituitary tumor that caused her to grow more than seven feet tall, forcing her staff to put their own cases and consults on hold so that they could work together to create a plan. Obviously, this created a lot of stress and resentment, and Bailey quickly realized that this isn't the way to do things, just a few minutes short of a full blown revolt.

It could have been disastrous, but in the end, everything worked out OK — something that doesn't always happen on Grey's. Even though she narrowly avoided the entire staff petitioning to get Owen back as chief, she eventually came back to earth. And since she's Bailey, she learns very quickly (with Richard's help) that she needs to rely on the other doctors and delegate, because they're actually pretty capable This isn't brain surgery, Bailey. Except for when it is (sorry, bad joke). And more importantly, Bailey ends up giving Meredith something awesome: the position of Chief of General Surgery.

Derek might be gone, but Meredith is now the sun, y'all — and I'm so excited to see her finally get this opportunity. She deserves it!