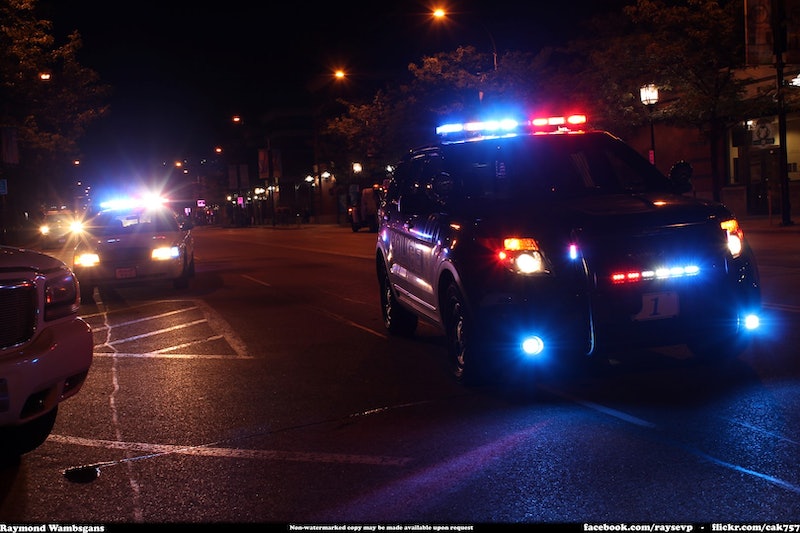 Hours after the devastating shooting at Umpqua Community College, the shooter has been identified as Chris Harper Mercer, according to CBS News, citing law enforcement sources. According to authorities, the 26-year-old opened fire at around 10:38 a.m. PT, killing at least nine people and injuring at least seven at the small rural campus in Roseburg, Ore., located roughly 180 miles south of Portland. Douglas County Sheriff John Hanlin confirmed to reporters Thursday afternoon the gunman was killed in a firefight with officers.

While details are still emerging, a MySpace account reportedly belonging to Mercer appears to show him posing with a long gun. The profile is tied to Torrance, Calif., and also references the Irish Republic Army. The Daily Beast reports an online dating profile linked to Mercer's email address indicates he was living with his parents at the time of the shooting. According to the outlet, the dating profile describes him mixed-raced, "conservative, republican," and that "organized religion" is one of his dislikes.

Multiple witness accounts have stated Mercer asked people to stand and state their religion before opening fire in classrooms. Authorities are also reportedly combing through his social media accounts in the hopes of understanding his motive or what may have caused him to carry out such senseless killings. A 4Chan posting allegedly posted by the gunman appears to have warned students to avoid campus prior to the shooting, though it's worth noting 4Chan has been known to offer up information later determined untrue.

According to CBS News, a social media post reportedly belonging to Mercer specifically referenced Vester Flanagan, the man responsible for killing a Virginia reporter and cameraman in early September.

"I have noticed that so many people like [Flanagan] are alone and unknown, yet when they spill a little blood, the whole world knows who they are. A man who was known by no one, is now known by everyone. His face splashed across every screen, his name across the lips of every person on the planet, all in the course of one day. Seems like the more people you kill, the more you're in the limelight."