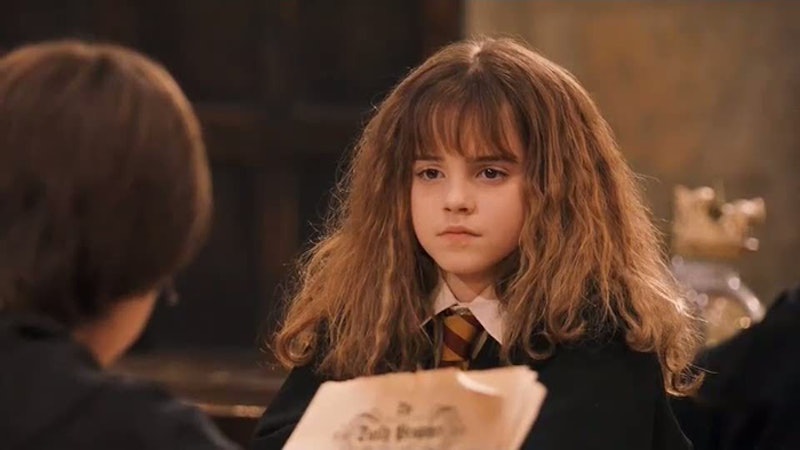 Most Harry Potter fans count seeing the films as part of the Potter experience. After all, who didn’t love dressing up for premieres and watching the pages of your favorite series come to life onscreen? And there were times when it seemed Hollywood tapped right into your imagination: from the music to the casting, many aspects of Harry Potter movies so perfectly matched the books, that it felt like pure magic. I can still remember seeing the first movie in theaters, and from the moment baby Harry’s scar burned and the words Harry Potter and the Sorcerer’s Stone flashed across the screen, I got chills: it was everything I hoped it would be!

But then, as time went on… the books got longer. The movies began to cut more for time. And sometimes, for some apparent reason, Hollywood CHANGED aspects of the story that J.K. Rowling had so flawlessly crafted. Why, why, WHYYYY?!

Of course, you still love the movies. But there are undoubtedly aspects of them that still, to this day, make you (and any other HP book fan) go off on a rant. You get that when it comes down to it, movies are different than books, and they have to change things to adapt a story to a visual medium. After all, it’s not like the movies could have packed everything from the books into the films. Wait, what am I saying. That would have been amazing.

The movies often condense Ron into a punch line, when he's so much more than that in the books: when Hermione is trying to figure out how to defeat devil's snare, he yells at her to light a fire, and she says that "there's no wood." He responds, "Are you a witch or not?"

In Harry Potter and the Sorcerer's Stone, Harry, Ron, and Hermione face several tests before Harry reaches the sorcerer's stone. One notably omitted test is when Hermione solves a logic puzzle involving potions: one potion will take her back, and one will help Harry move forward. The beauty of this scene is that she doesn't need to use magic to solve the puzzle, and highlights the fact that many wizards forget the importance of non-magical qualities. It also showcases just how clever Hermione really is, which is a great moment.

Nowhere to be found in the movies...

In the books, it's clear that Harry and Hermione CANNOT interact with their past selves when they go back in time, because this could have horrible consequences. Yet in the movie, Hermione throws rocks at them to get them to leave Hagrid's hut.

Lack Of Info About The Marauders

Whereas in the book you get plenty of backstory about James, Sirius, Lupin, and Pettigrew, in the movie this is barely featured.

"HARRY DID YOU PUT YOUR NAME IN THE GOBLET OF FIRE????"

In the book: "'Did you put your name in the Goblet of Fire, Harry?' he asked CALMLY."

Rita Skeeter As An Animagus

There are a LOT of things left out of the movie version of Harry Potter and the Goblet of Fire. Charlie Weasley is omitted, Ludo Bagman is nowhere to be seen, and we don't get to see that hilarious scene where the Weasleys try to use Floo powder to get to the Dursley's house. However, one of the WORST omissions is Rita Skeeter's status as a beetle Animagus. How else would she find out all that gossip? (Besides making it up...)

I also don't know where to start with all the changes in Harry Potter and the Order of the Phoenix. From prefect assignments to Harry and Cho's awful Valentine's date, so much is left out, but one of the most notable omissions? Percy's estrangement from the Weasley family. He really was awful for a spell in the books.

As with a ton of backstory from the books, this is condensed and practically left out altogether. In fact, I'm unsure that people who only watched the films and didn't read the books would really know what's going on, because there's so little backstory in the movies.

GINNY DOES NOT HIDE THIS BOOK. Harry hides it in the Room of Requirement, near a tiara, WHICH IS IMPORTANT LATER.

Book Ginny is totally awesome. She and Harry also have the best first kiss ever in the Gryffindor common room after a Quidditch match. In the movie, however, Harry and Ginny's interactions are completely different, as is Ginny's entire personality.

Hermione's society to promote better treatment of house-elves is sadly left out of the books, eliminating a great plot line about equality.

Wormtail's Hand Turns On Him

In the books, the moment Wormtail tries to show mercy, the magical hand he received from Voldemort turns on him. This is an important moment illustrating exactly what Voldemort thinks of love and mercy, but as with so many great moments in the books, it's cut from the movies.

Harry And The Elder Wand

In the books, Harry uses the Elder Wand to repair his wand, and then returns the Elder Wand to Dumbledore's tomb. In the movie, as it stands, he doesn't have a wand. What are you going to do, Movie Harry? Keep using a stolen wand?

More like this
The 'Hocus Pocus' Sequel Finally Has A Release Date & It Makes Total Sense
By Shannon Barbour and Radhika Menon
16 Novels That Paint A Realistic Portrait Of Abortion
By K.W. Colyard
15 Intriguing Movies On Netflix That Are Based On True Events
By Mary Kate McGrath, Shannon Barbour and Grace Wehniainen
Lauren Rae Is Bringing Back The Sex And The City Vibes In Her New Memoir
By Shahed Ezaydi
Get Even More From Bustle — Sign Up For The Newsletter