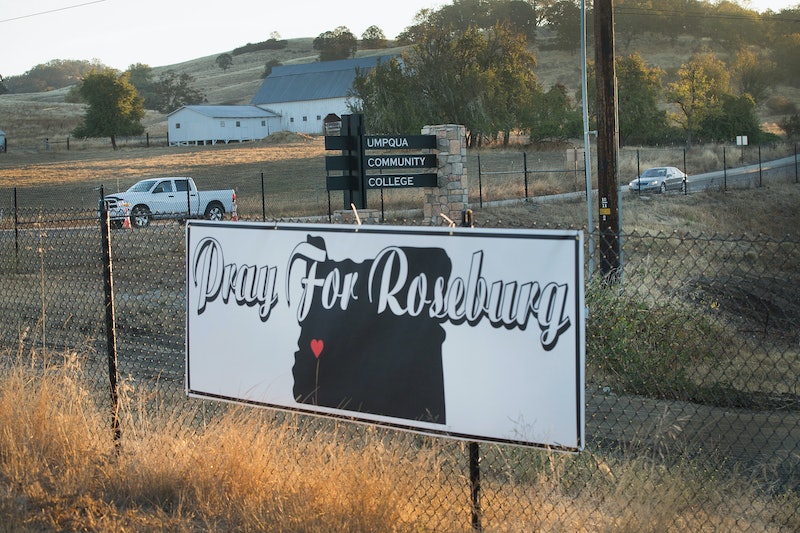 Authorities have asked America to remember the Umpqua shooting victims, rather than the gunman who took their lives, and on Friday, all nine names were released to the public. Five were women, and four were men. The oldest victim, Lawrence Levine, was an assistant English professor at the small community college in Roseburg, Ore. He was the only teacher to be killed in the attack.

According to his university bio, which lists him as "Larry," Levine's office was in Snyder Hall, a mixed English and science building located on the southeast end of campus. It was at this building where much of the shooting occurred. Multiple witnesses said the shooting began in Levine's writing class, and according to CNN, one surviving victim told her family that the gunman, identified by law enforcement sources as 26-year-old Chris Harper Mercer, told her professor, "I've been waiting to do this for years," and then shot him point blank.

Levine was from Glide, Ore., which is just 20 minutes east of where the shooting took place. According to his LinkedIn profile, Levine graduated from the University of Oregon and listed Deepak Chopra, Arianna Huffington, and education speaker Jeff Selingo as some of his influences. His Facebook profile indicates he supported the Oakland A's, San Francisco Giants, and the Oregon Ducks.

Our thoughts are with Levine's family and friends.