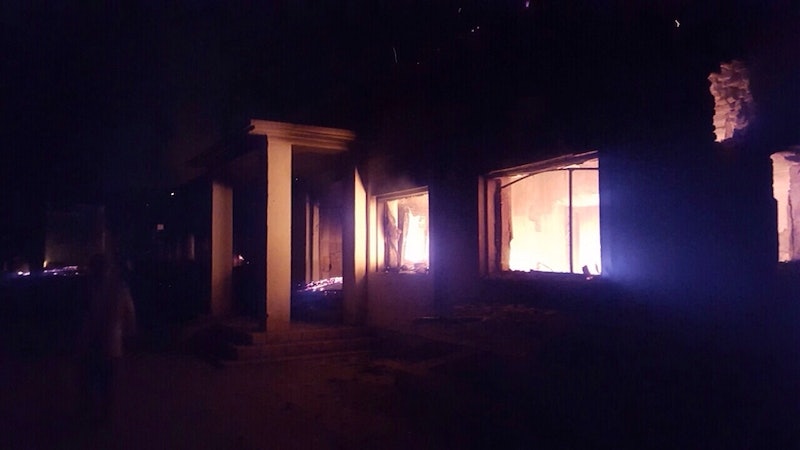 "We are deeply shocked by the attack, the killing of our staff and patients and the heavy toll it has inflicted on healthcare in Kunduz," Bart Janssens, the organization's director of operations, said in a statement. "Our medical team are providing first aid and treating the injured patients and MSF [Médecins Sans Frontières’] personnel and accounting for the deceased. We urge all parties to respect the safety of health facilities and staff."

Located in the Afghan city of Kunduz, the hospital is the only medical facility serving northeastern Afghanistan. According to Doctors Without Borders, more than 100 patients were being treated at the Kunduz medical facility at the time of the airstrike. Another 80 Doctors Without Borders international and national staff were also in the hospital. In an update Saturday morning, the organization said many of its staff are still unaccounted for, but did not give an approximate number.

The U.S. military said Saturday that it would investigate the deadly airstrike, Reuters reported. The airstrike was reportedly part of an ongoing campaign to eradicate the Taliban, which moved into northeastern Afghanistan earlier this week.

In a post published to the Doctors Without Borders website on Wednesday, the medical organization said its Kunduz has been "overwhelmed" this week with city residents wounded in the heavy fighting between the Afghan military and local Taliban forces. Nearly 200 people were treated at the Kunduz hospital since Monday, Sept. 28, the organization said.

“The hospital is inundated with patients," said Guilhem Molinie, the Doctors Without Borders representative for Afghanistan. "We have quickly increased the number of beds from 92 to 110 to cope with the unprecedented level of admissions, but people keep arriving."

The Kunduz hospital is the only medical facility in the region, and it specializes in trauma and surgical care. “With the government provincial hospital not currently functioning, MSF’s hospital is now the only place in Kunduz where people in need of urgent trauma care can receive it," Molinie said in a statement Wednesday.