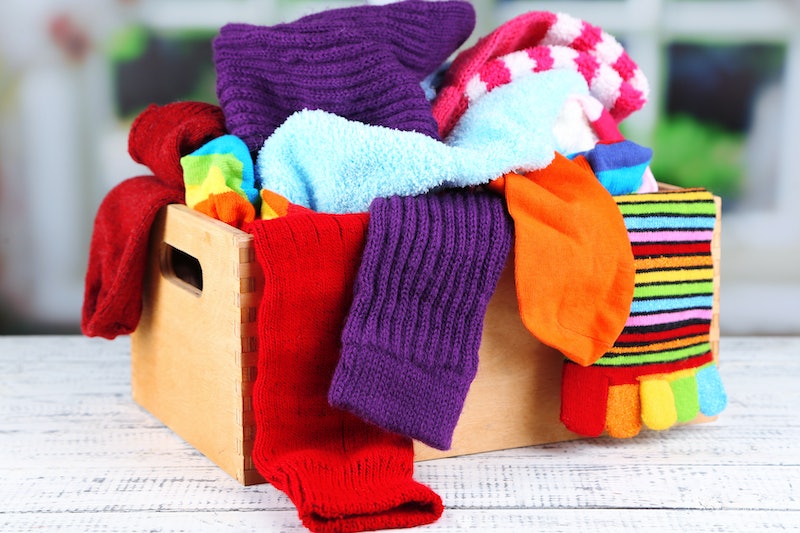 Promising to "end homelessness" might be a nice Miss America pageant type of philanthropic promise, but in the real world, solving social problems is much easier said than done. So when New York University junior and Knock Knock Give A Sock founder Adina Lichtman realized that she could be doing more to help those in need around her, she took the cue and ran with it. Though Lichtman had only the best of intentions when she started giving out sandwiches to the homeless of New York City, someone soon informed her that actually they were more in need of socks than food — and Knock Knock Give A Sock (KKGAS) was born.

As it turns out, the homeless are often in need of socks (especially in the winter) because people often don't think to donate socks to clothing drives and because many clothing drive organizations won't accept used socks even if they are in good condition. Lichtman was able to collect over 40 pairs in her first night, just going door-to-door in her NYU dorm. Things grew from there, and with the help of educational and corporate partners, KKGAS collected over 12,000 pairs of socks in 2014.

Collecting socks may seem like a small gesture towards people who literally spend the entire winter without shelter, but their cumulative effect can be huge, and KKGAS founder Lichtman recognizes the importance of doing what you can: "This is my ONE thing. Giving someone a pair of socks most certainly won't give someone in need a job. But a pair of socks just might prevent a toe infection or cushion a blister just enough so someone in need can walk to their next job interview." And at least giving people socks won't do any harm, which is more than we can say about certain aspects of the homeless-industrial complex.

In addition to relieving the immediate pain and discomfort of cold and potentially frostbitten feet, the socks can be used as a nudge towards other social services that the homeless might need. As Lichtman explains:

One example of this is how we donate to a medical clinic that treats the homeless... This clinic is distributing the socks to men and women in its shelters. The socks are also used as incentives for the women, in particular, to get their mammograms and pap smears done, which can help identify cancers that have been undetected or untreated. Some people have gotten tested because of the sock incentive and have tested positive and now are on the road to treatment!

Check out Lichtman's recent talk, or sign up your school or workplace to participate in Knock Knock Give A Sock this winter.