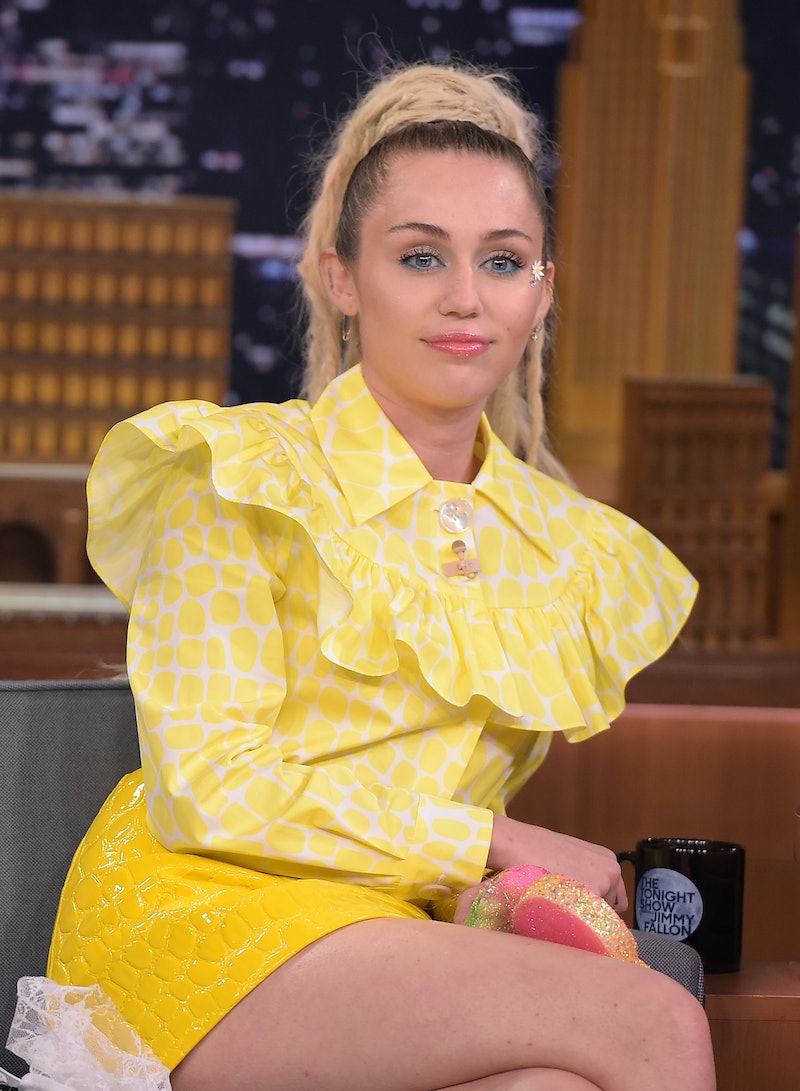 While she may have spent much of the night being overshadowed by Hillary Clinton's hilariousness and a series of awkward wigs, Miley Cyrus' final SNL performance of "Twinkle Song" really got everyone's attention. In the final moments of the song Cyrus cried in front of the SNL crowd as she finished up the final verses while sitting at a piano covered with what I assume is more of the wig hair she had pinned to her noggin. Atop that piano were photos framed in fur of a dog — likely one of the "Dead Petz" from her latest album title. But why was Cyrus crying at the end of the song?

Most fans were pretty confused, but if you take a look at the lyrics from "Twinkle Song," it appears that the song — despite its copious references to David Bowie, Gumby, and space — is about someone missing from her life. Perhaps the dog in all the framed photos on top of the piano? If Cyrus felt strongly enough to write this song, it would make sense that singing the song on national TV could drive her to tears.

Unfortunately, most people on Twitter were too distracted by everything else going on to take Cyrus seriously:

Luckily for Cyrus, a few of her devotees are out there setting the record straight, or at least, supporting their girl:

And no matter what everyone's opinion was, one thing is for sure: Miley really knows how to confuse a lot of people with one three-minute performance.