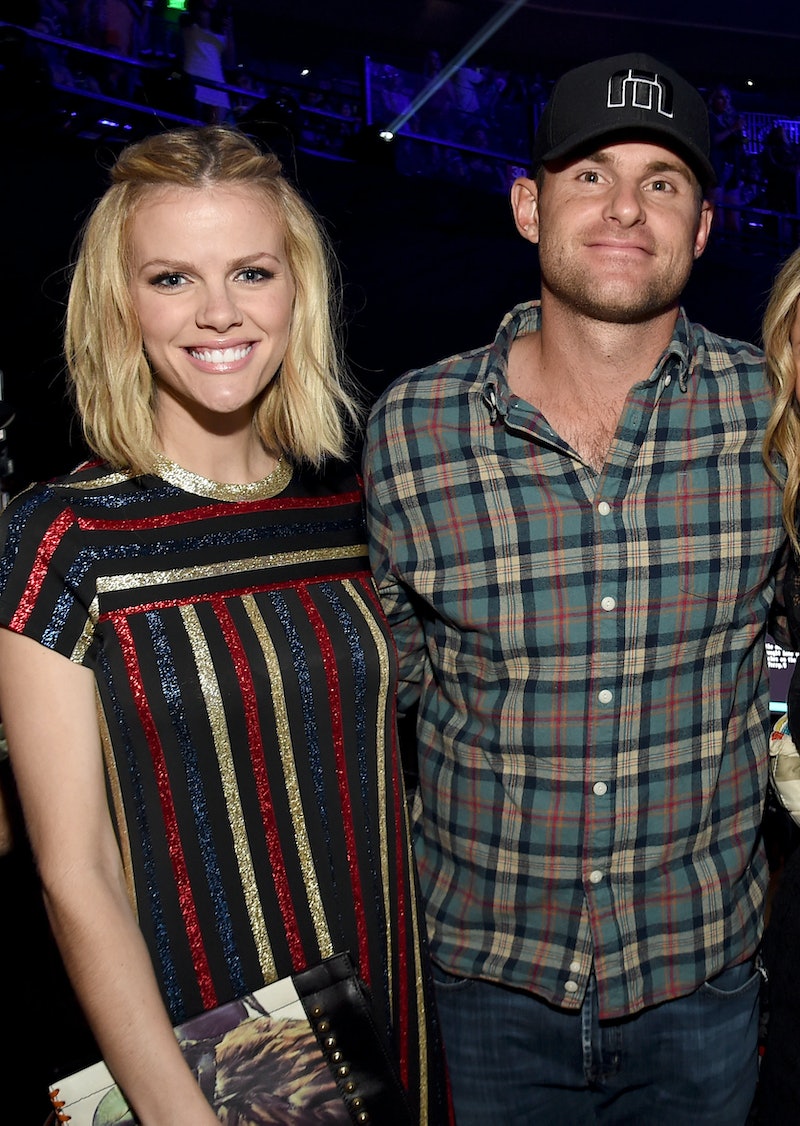 It's baby season! Just yesterday, the public learned that Once Upon a Time star Emilie de Ravin is pregnant, and now, Us Weekly confirmed that this past week, Brooklyn Decker had a baby with Andy Roddick, her tennis pro husband. The couple wed back in 2009, and the swimsuit model and actress announced that she was pregnant this spring, so you can imagine the couple's excitement when Decker reportedly gave birth to the baby boy in Austin, Texas on Sept. 30. Congratulations to the happy family!

Decker had a busy year throughout her pregnancy. Not only was she a part of the Netflix original series Grace and Frankie, but as her social media has shown, she's also been doing things like renovating her and Roddick's house, participating in charity events for the Andy Roddick Foundation, and appearing at the Special Olympics. Like any excited, social media-savvy, soon-to-be mother, Decker also posted frequently about the different stages of her pregnancy. The Sports Illustrated beauty kept followers updated on her life with husband Roddick through several entertaining posts, and now that their baby is here, you can probably expect more photos to hit her accounts soon. Here's a collection of some of Decker's best pre-birth Instagrams.

When She Shared Her First Baby Bump Pic

Decker's pregnancy style was on point. From the photo's caption, to the maxi dress, to the pixie cut, to the pose, the model knew exactly what to do to make a memorable "I'm pregnant" Instagram announcement.

When She Replaced Her Husband

I wonder how Roddick felt about this one...

When She Pulled Off The Trucker Look

Only Decker can pull off a hat that says #pimpinjoy and a flannel while preggers. I'm sensing a revival of the trucker trend thanks to this one.

When She Rocked A Pug Onesie

Loungewear doesn't get more high fashion than this, am I right?

Welcoming your first child and starting a family is an exciting time! From the look of things, Brooklyn Decker and Andy Roddick's baby boy has some pretty cool parents. Congratulations to this beautiful family.