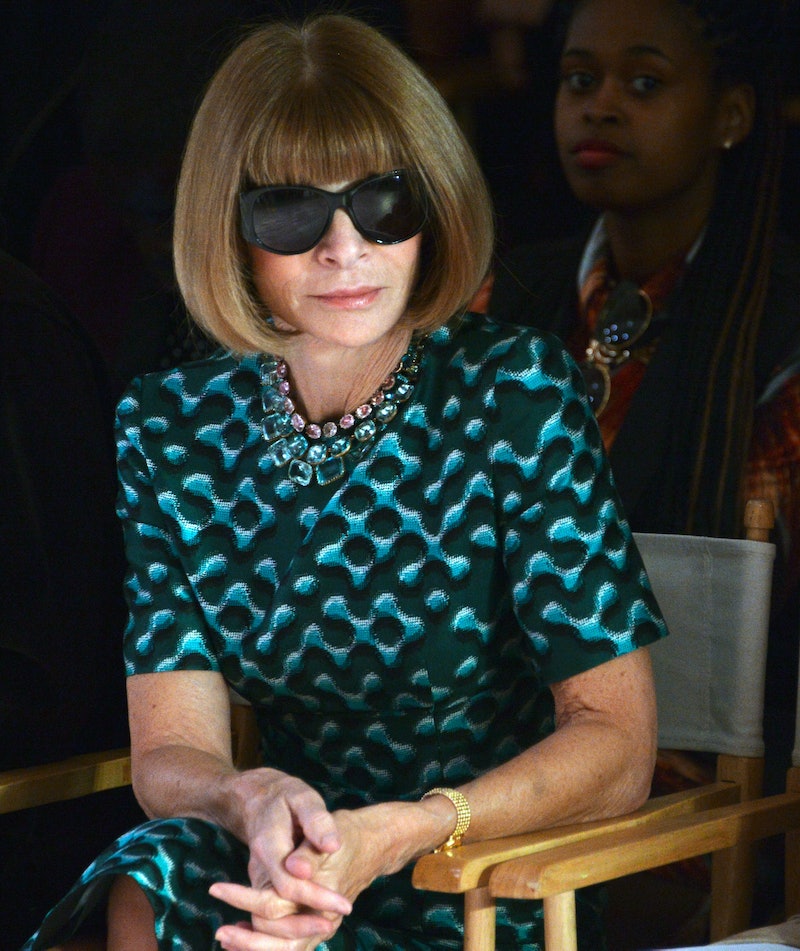 Amazon has really been broadening their horizons beyond e-commerce (and being my most visited website by far) with their focus on their streaming services. Now, it looks like they'll be pulling even more viewers with The Fashion Fund on Amazon, they announced in the first week of October. Which means you'll be seeing lots of Anna Wintour in 2016.

Seems like the right move, after Transparent, their original series, won five Emmys, according to Fashionista. What better show to bring in than a competition one? Nothing can hook viewers more than needing to see who ends up on top of a fight.

If you're not familiar with the series, The Fashion Fund is an unscripted reality show produced by Condé Nast Entertainment. The show follows Council of Fashion Designers of America and Vogue's competition of judging 10 finalists. The winner receives "$400,000 to invest in their label (with two runners up receiving $150,000 each)," according to Fashionista.

Of course, it wouldn't be Amazon if there wasn't some sort of e-commerce connected to it. Amazon Fashion will have a new section that will carry pieces from the spring 2016 collections from the show's finalists in 2015. It's a smart move if it kicks off successfully.

The show previously aired on Ovation. This new season will have 10 episodes at 30 minutes each, and as with the previous season, it'll be led by Anna Wintour and Diane von Furstenbeg, according to Deadline Hollywood, and spans four months.

The CFDA/Vogue Fashion Fund was founded in 2003 with the intention of helping American designers that needed exposure and funding. The Fashion Fund is scheduled to debut on Amazon Prime in 2016, and the winners will be announced in NYC next month, according to Fashionista.

But the best news is that Amazon Prime memberships will be priced lower, at $67. So if you've been on the fence, now is the time to join. This is great news for everyone — not just fashion lovers. I can't wait to meet the winners, and if anyone can pull off this trail blazing move towards selling merchandise together with television, it's Amazon.