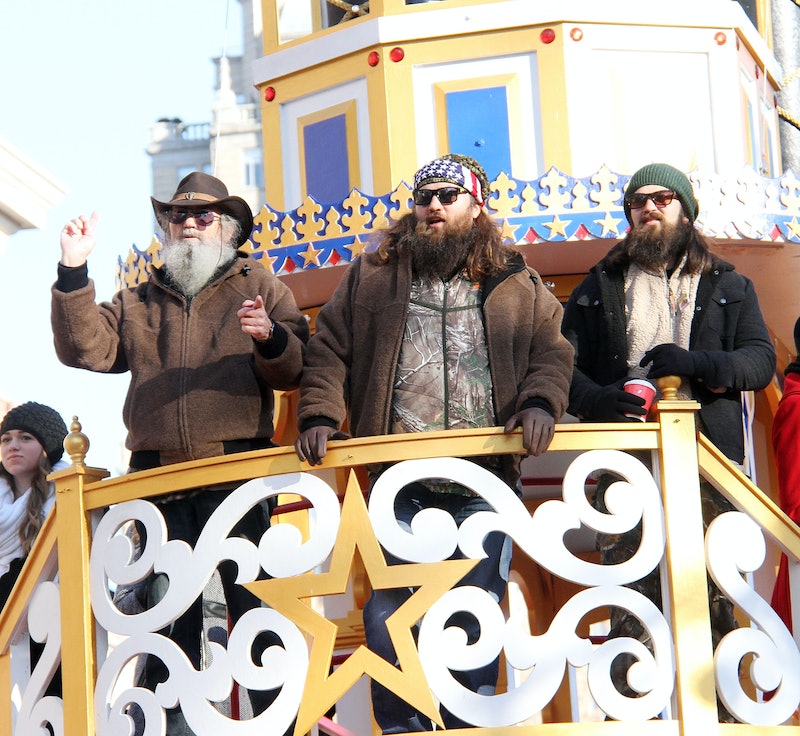 The PR department over at A&E is certainly having a week, isn't it? First Duck Dynasty patriarch Phil Robertson said he didn't see black people facing discrimination in America before the Civil Rights movement (did he open his eyes?) and that homosexual "sin" obviously leads to things like bestiality. Then A&E suspends Robertson due to fan demand. Then they undo that, also due to fan demand. Now the fans responsible for the latter say that A&E best start conforming to the Robertson family's conservative values, or they will be very upset.

Please tell me that this is not Sarah Palin's world, because if it is then I do not want to live in it. But the Faith Driven Consumers — aka the ones behind that "I Stand With Phil" petition — definitely do, at least according to what their president, Chris Stone, wrote in a statement to A&E:

Faith Driven Consumers will remain vigilant as we measure whether A&E's actions reflect true tolerance, diversity, and mutual respect — including their equal embrace of our biblically based values and deeply held beliefs.

Wherein "diversity" and "mutual respect" mean they want free reign to verbally bash other people's sexual orientation and race. They want the opportunity to ignore hundreds of years of societally caused pain and oppression because, freedom. Huh.