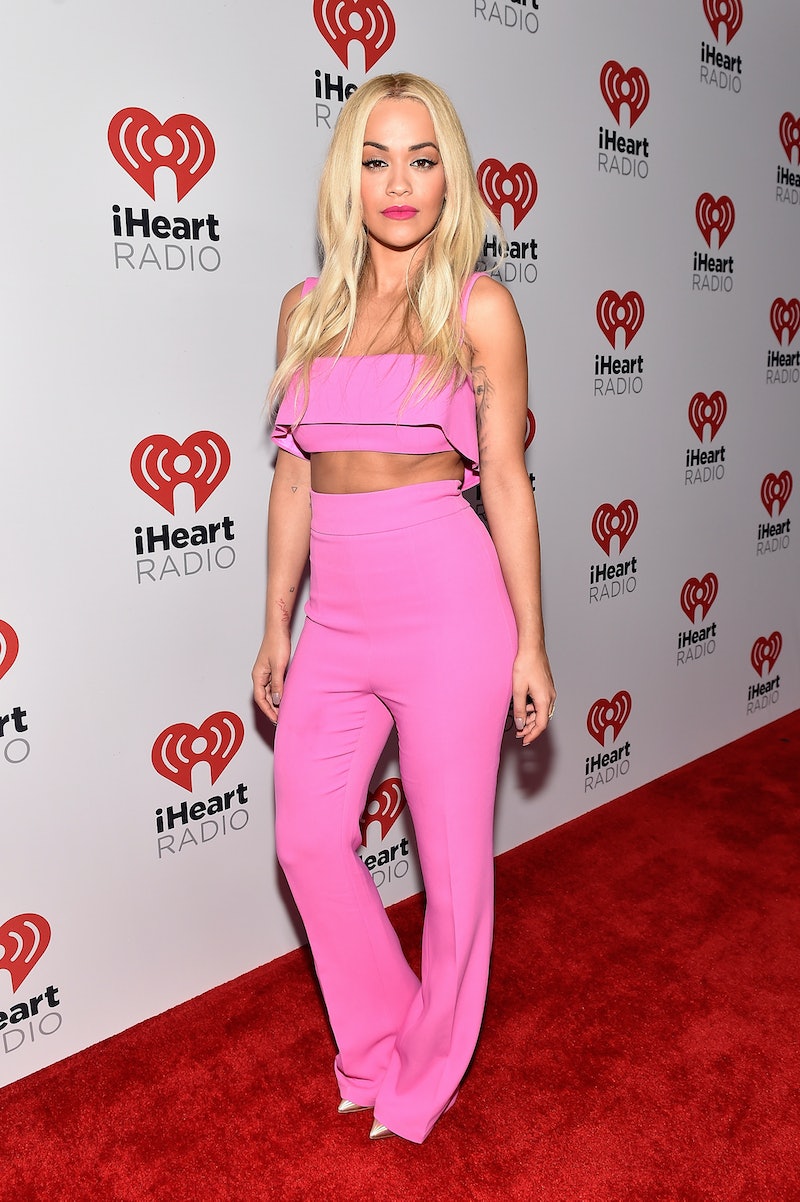 In case you're wondering what Rita Ora's up to, the answer is... A LOT. Aside from her music career, Rita Ora is the new face of Tezenis lingerie and based on the preview she posted on Instagram, it'll be one sexy ad campaign. The "Body on Me" singer is set to star in the Italian brand's latest ads, which she promised are "coming soon."

The sneak peek at her upcoming Tezenis shoot shows Ora wearing black lace underwear and a black motorcycle jacket with lots of gold jewelry. Her blonde hair is still quite long in the photograph, which could mean that she shot the ad campaign before Ora debuted her pixie bowl cut last month.

In a second preview shot, Ora is much closer to the camera and looking off into the distance. The shot also shows a closer view of her rib cage tattoo. Based on her Tezenis lingerie photos, it seems that Ora is preparing to reprise her role of Mia Grey in the upcoming Fifty Shades of Grey sequel.

"I’m so happy to be a part of this franchise and this transformation of... imagination of sex,” Ora told Billboard .

In other Rita Ora news, the singer is also the face, or rather, the "fish" for a new London restaurant called Sexy Fish. Ora wore a mermaid costume for her very first underwater photoshoot.

Aside from her music career, Rita Ora's definitely got her hands full with several projects.

Ora collaborated with the cosmetics company and released her first Rimmel line of lip and nail products last year.

Watch out, Kanye... the singer also designs a line of sneaks for Adidas.