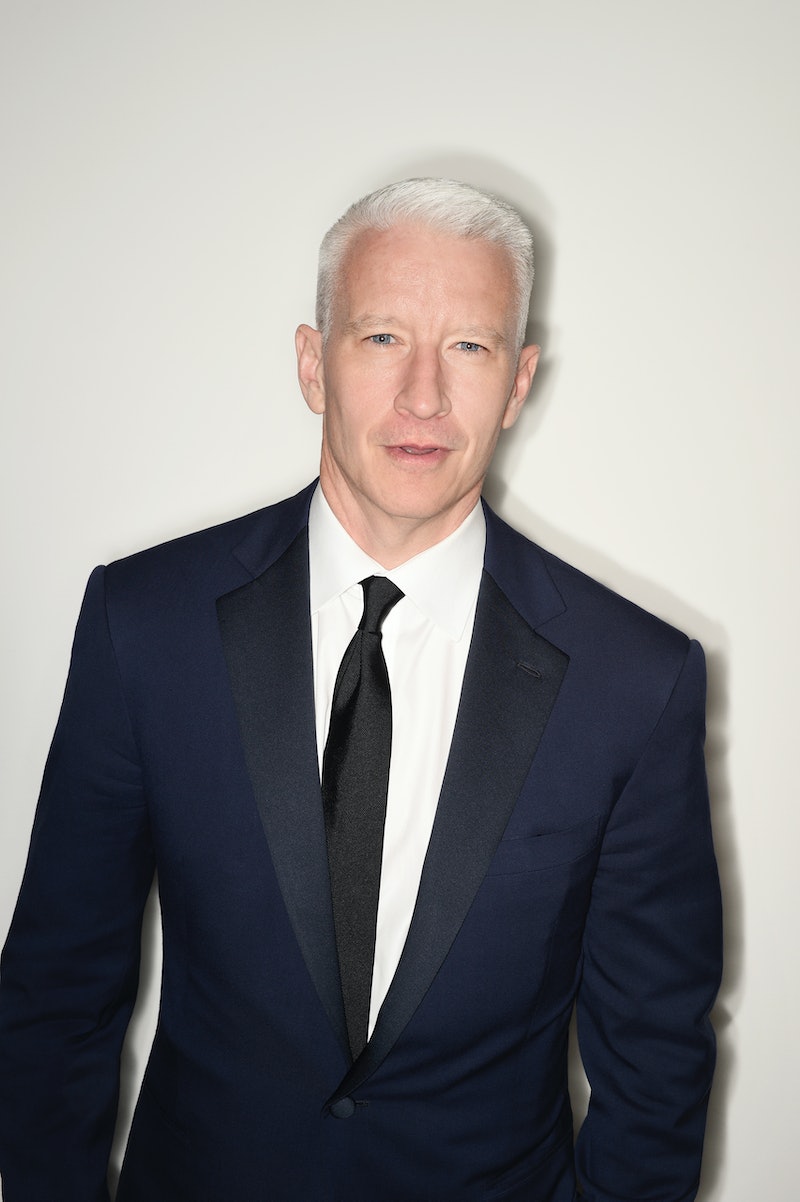 Next Tuesday won't be Cooper's first time moderating a primary debate. The Anderson Cooper 360 anchor moderated debates in the 2012 election season and played a major role in the network's debate coverage. In 2012, Cooper moderated a debate, also in Las Vegas, for Republican candidates.

Unlike the GOP primary debate structure, Cooper and his co-moderators will only have to host a single debate for Democratic candidates. There have been little hints about what issues will be covered during the debate, although according to the International Business Times, given the debate's location in Las Vegas, Nev., it's more than likely that immigration will be discussed. Clinton and Sanders have also been vocal about issues concerning racial equality, LGBTQ rights, economic equity, women's reproductive rights, and, more recently in light of the Oregon mass shooting, gun control.

It's likely Cooper, Bash, and Lopez will give all of the Democratic candidates the opportunity to discuss these issues and distinguish their stances from their rivals'. If not, Facebook users will almost certainly submit questions pertaining to these issues that Lemon will then present to the candidates.

The next five Democratic primary debates will be held in in Des Moines, Iowa, on Nov. 14; Manchester, N.H., on Dec. 19; Charleston, S.C., on Jan. 17; and Miami, Fla., and Wisconsin for still unannounced dates. PBS, Univision, NBC, ABC, and CBS will each have the opportunity to host one of the five remaining Democratic primary debates after next Tuesday. But this will probably be your only opportunity to see Cooper, Bash, Lopez, and Lemon grill the Dems on the stage.