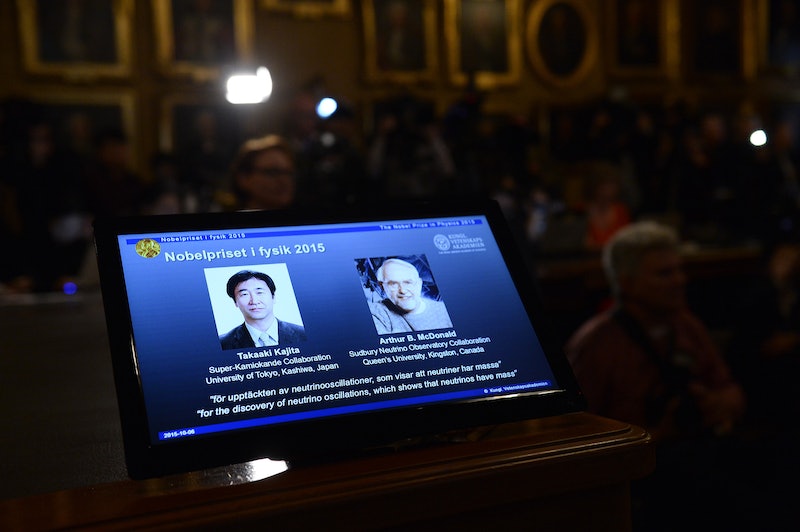 The winners keep on coming. On Tuesday, Takaaki Kajita and Arthur B. McDonald won the Nobel Prize in physics for their work in showing that neutrinos have mass, which has shaped how the world understands matter. Kajita of Japan and McDonald of Canada will share 8 million Swedish kronor, or around $970,000.

"This year's prize is about changes in identity among some of the most abundant inhabitants in the universe," the committee said during a press conference in Stockholm. In 1998, Kajita and his team announced they had discovered neutrino oscillations, which meant that neutrinos, previously thought to be massless, actually had mass. In 1999, McDonald, who led a team at Queen's University, showed neutrinos had different "flavors" they could oscillate between, which also demonstrated they had small mass.

By demonstrating that neutrinos have mass, Kajita and McDonald opened the door to helping cosmologists understand how the universe evolved after the Big Bang. Neutrinos, which fill much of the space in the universe, generally have the lowest mass of all particles and are neutrally charged, which means they have weak interactions with other particles and fields. Neutrinos could help create the world's first fusion reactor, and scientists have hypothesized that neutrinos could be used to probe cosmic phenomena like supernovas and explore astrophysical theories like dark matter.

Here's McDonald explaining just why all of this matters to humankind.

Also, many props to the Nobel Prize for using its Twitter account to help explain some of the more difficult concepts.