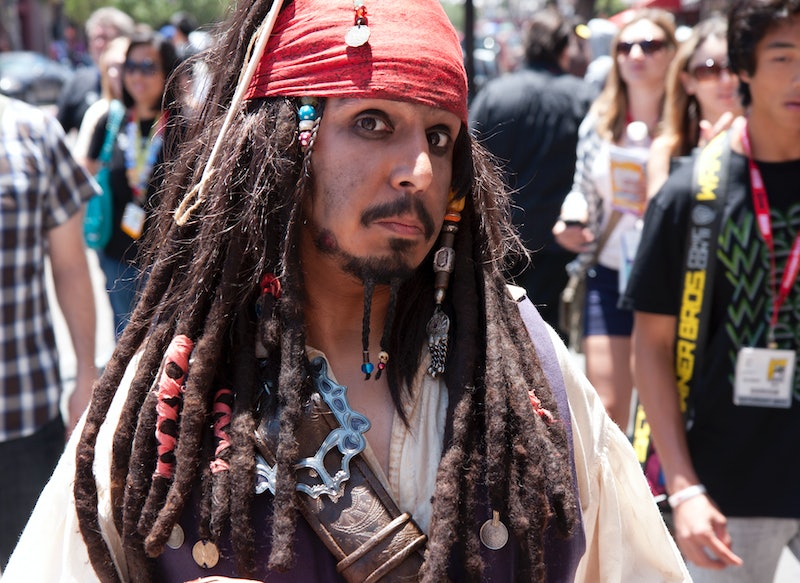 In the '90s, anyone who was anyone spent all of September convincing mom to make the trip to Halloween Express before they sold out of the costume du jour — and now, you can relive some of the biggest Halloween hits from the last two decades. Column Five and PopSugar have put together an awesome infographic of the most popular Halloween costumes of the past 20 years, and boy is it a trip down memory lane. It seems that we millennials have been setting the standard for what makes a great Halloween costume since before we were able to tie our shoes.

Do you remember trick-or-treating with Barney, Buzz Lightyear, or Batman? The answer is almost definitely yes, because these three costumes were the reigning leaders in 1993, 1995, and 1997, respectively. I'm positive my little brother was all three of those guys at some point, way back when. The one question that remains is thus — how many Instagram photos featuring two or more Donald Trumps will we be forced to scroll past this year?! I think we should turn it into a drinking game.

Check out the infographic below to see if you were among the throngs dressed up in some variation of your costume from 1993 through today.

And if you can't get enough of the autumnal festivities, check out this video from Bustle's YouTube channel featuring a genius improvement on fall's most famous beverage.