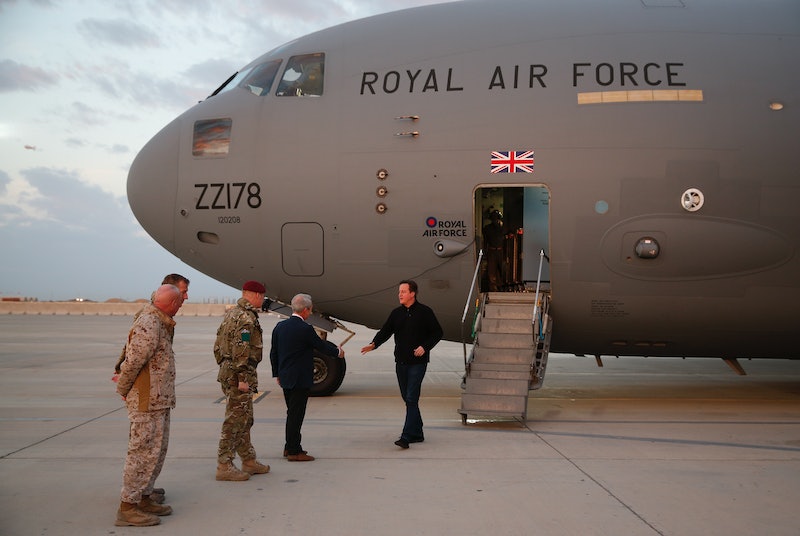 It has been over a decade since the United States entered Afghanistan — 12 years, to be exact — and according to a new national poll from CNN, support for the war in Afghanistan has reached an all-time low. Apparently, only 17 percent of people support the United States’ military presence in Afghanistan, compared to 52 percent of Americans who supported the same war back in December 2008. "Those numbers show the war in Afghanistan with far less support than other conflicts," CNN Polling Director Keating Holland said. "Opposition to the Iraq war never got higher than 69% in CNN polling while U.S. troops were in that country, and while the Vietnam War was in progress, no more than six in 10 ever told Gallup's interviewers that war was a mistake."

It’s official: the war in Afghanistan has become less popular than the Vietnam war, which was arguably the most hated and controversial U.S. conflict in recent history. Not to mention, 57 percent of Americans say the conflict is going badly for the United States.

This news shouldn’t come as a huge surprise to anyone that’s been paying attention to public opinion of the Afghanistan War. Earlier in December, a Washington Post-ABC News survey showed that 66 percent of Americans think the war hasn’t been worth fighting for. A record 50 percent of individuals strongly believe the war is not worth how much it’s financially costing the country. An Associated Press-GfK poll also revealed that 57 percent of people think the United States did “the wrong thing” in going to war with Afghanistan.

Despite the majority of Americans disapproving of the war, the U.S. military isn’t going anywhere anytime soon. Troops are scheduled to be in Afghanistan for another year, until December 31st, 2014. If a security agreement ends up getting signed at that time, 10,000 more U.S. troops will stay in the country well after the end of 2014.

“Beyond 2014, America’s commitment to a unified and sovereign Afghanistan will endure, but the nature of our commitment will change,” President Obama explained. “We are negotiating an agreement with the Afghan government that focuses on two missions: training and equipping Afghan forces so that the country does not again slip into chaos, and counter-terrorism efforts that allow us to pursue the remnants of al Qaeda and their affiliates.”