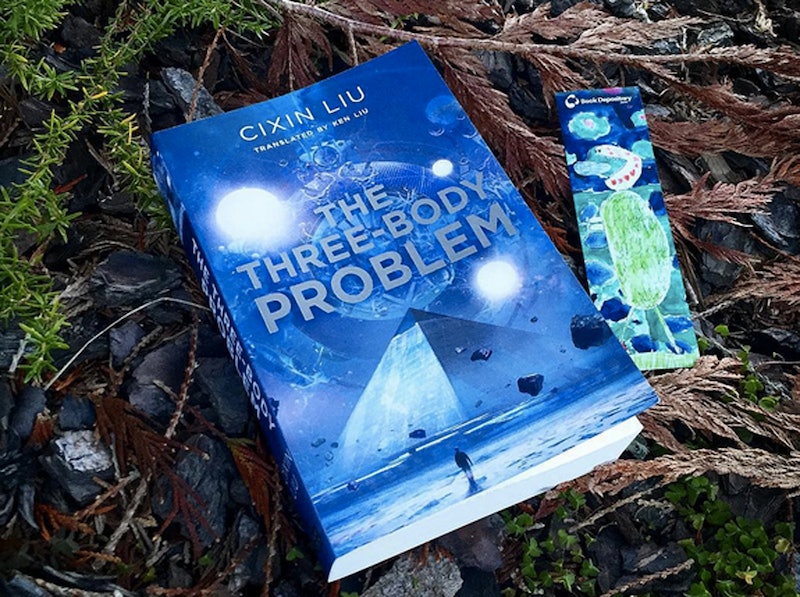 There are a whole lot of amazing science fiction books that are classics, written ages ago and taking on important topics. But the brilliance doesn’t all belong to the Golden Age of science fiction or even to the glorious New Wave era of the '60s and '70s. It turns out there’s some pretty gosh darn brilliant science fiction from just the last two decades. And it’s just as varied and relevant and status quo challenging as the classics and cult classics and best sellers of yesteryear.

Of course, you must read the classics. But let’s be real, you’re a sci-fi geek, and you've probably already made your way through most of them twice by now. Although you can never really reread Octavia Butler or Ursula K. LeGuin’s amazing books too many times, you don’t want to miss out on the newer stuff. The science fiction of the last two and a half decades is taking on science and society in new and creative ways, and you don’t want to miss it.

So, maybe you might consider bumping your annual reread of Neuromancer down on your reading list a little bit and leave a little room at the top for some of these amazing books.

The Three-Body Problem has a huge following in China, and it only just came out in English translation for the first time in 2014. It won a 2015 Hugo award and was nominated for the 2015 Nebula Award, but, aside from a couple of early articles, it has somehow magically managed to fall under the radar of the mainstream media and readerly buzz. But with an alien invasion set against the backdrop of the Cultural Revolution in China, it’s a whole lot of interesting.

This baby just came out recently and it’s already made a few headlines. Jemisin built an amazingly interesting world where a race of people are attuned to the earth in a truly magical and often dangerous way. It calls out the damages and injustices of social oppression with its cast of orogene women struggling through catastrophe and tragedy and navigating the complexities of a world that fears and hates them. It’s such a refreshing take on the genre.

Brown Girl in the Ring by Nalo Hopkinson (1998)

Playing off the ideas of “white flight” and urban decay, but taking it to a whole new level (oh, and, of course, throwing in a dash of Voodoo and spirit or two), Brown Girl in the Ring is super-bold. But it’s more than just a social commentary, it’s a magical story of real people struggling to survive against crime, violence, poverty, and pretty much all the odds.

It’s the first in a trilogy and it imagines a world that could be just a hop and skip away from our current plugged-in reality. It’s all about the invention of a nano-drug that allows human brains to be programmed and networked and all the good and bad that could come along with something like that, like having your brain hacked.

Parable of the Sower by Octavia Butler (1993)

Octavia Butler wrote throughout the '70s, '80s, '90s, and right up until her unfortunate death in 2006. Parable of the Sower was written in the '90s and the post-apocalyptic world created in the novel is a direct consequence of the very real political and social situation of that decade (that sadly continues today), like an increasing wealth gap and corporate greed. It's easily a modern classic... because Octavia.

The Alchemy of Stone by Ekaterina Sedia (2008)

Yep. If you think you’re having deja vu, you are. This book has made its way onto quite a few of my sci-fi lists. That’s because it’s just so darn interesting. It’s a super fresh take on gender and politics and rebellion, and it should be a crime not to read it.