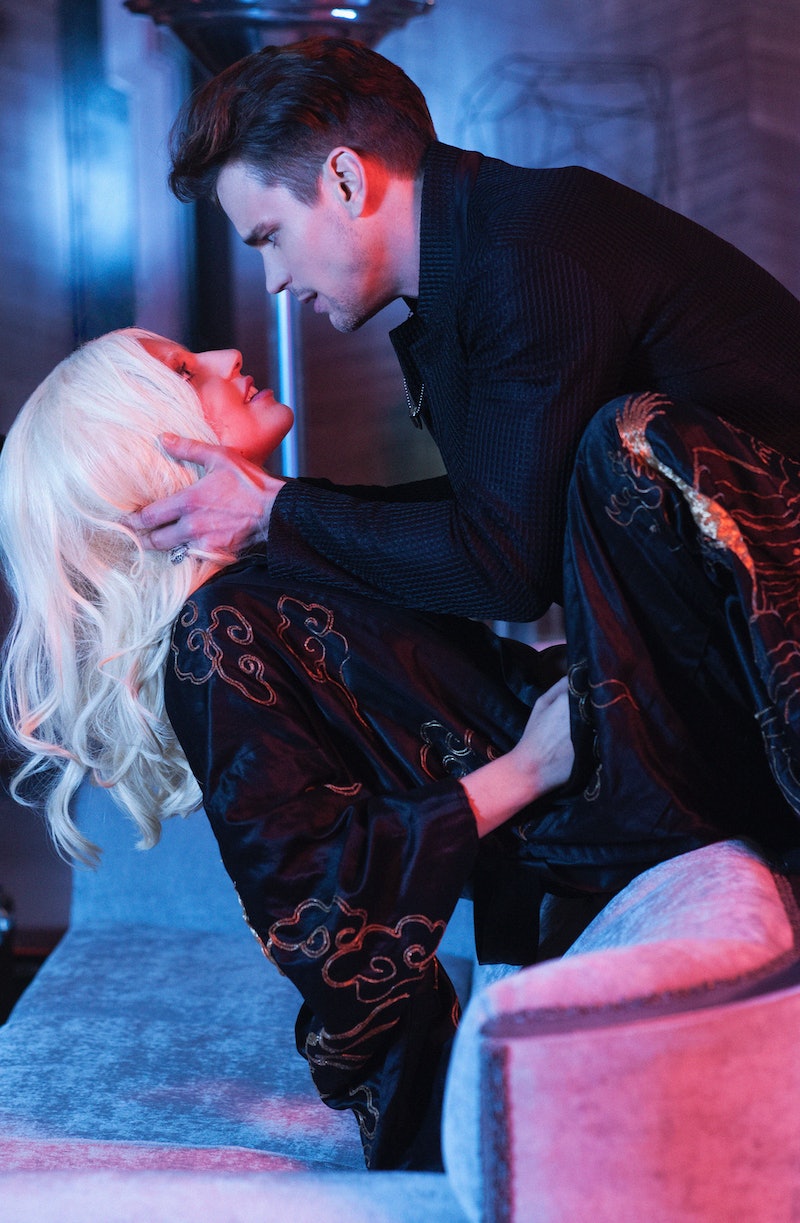 The song is called "Tear You Apart" by the band She Wants Revenge. And, as if that name wasn't enough of a hint, one look at the lyrics and you'll understand why the AHS team chose it to be the background of the pivotal moment. For example, this is the chorus:

Pretty fitting considering that Countess Elizabeth and Donovan do just that. But, the rest of the song works for the scene, too. The number is featured in their whole montage from getting ready, to picking up the ill-fated couple, to seducing and killing them.

"Tear You Apart" seems to be about a boy with a crush on a girl, but he's trying to fight his urges. (Not that the AHS pair did that):

Got a big plan, his mind's set, maybe it's rightAt the right place and right time, maybe tonightIn a whisper or handshake sending a signWanna make out and kiss hard, wait never mind

Bu, eventually he caves to being with her:

They took a step back, thought about it, what should they doCause theres always repercussions when you're dating in schoolBut their lips met, and reservations started to passWhether this was just an evening or a thing that would lastEither way he wanted her and this was badWanted to do things to her it was making him crazyNow a little crush turned into a likeAnd now he wants to grab her by the hair and tell her

That he wants to f*cking tear her apart, of course.

Perhaps it's a little hit-you-over-the-head on the symbolism front, but the song is pretty catchy and very fitting for the scene. Enjoy the full version below (and try not to picture Gaga and Bomer drenched in blood).

More like this
How Lady Gaga & Adele Are Closer To The EGOT All Of A Sudden
By Jake Viswanath
Everything To Know About The Musical 'Joker' Sequel – & Lady Gaga’s Role
By El Hunt and Sam Ramsden
Lady Gaga Will Star In 'Joker: Folie À Deux' With Joaquin Phoenix
By Jake Viswanath
Jennifer Coolidge Got A Lot Of “Action” Thanks To 'American Pie'
By Catharina Cheung
Get Even More From Bustle — Sign Up For The Newsletter