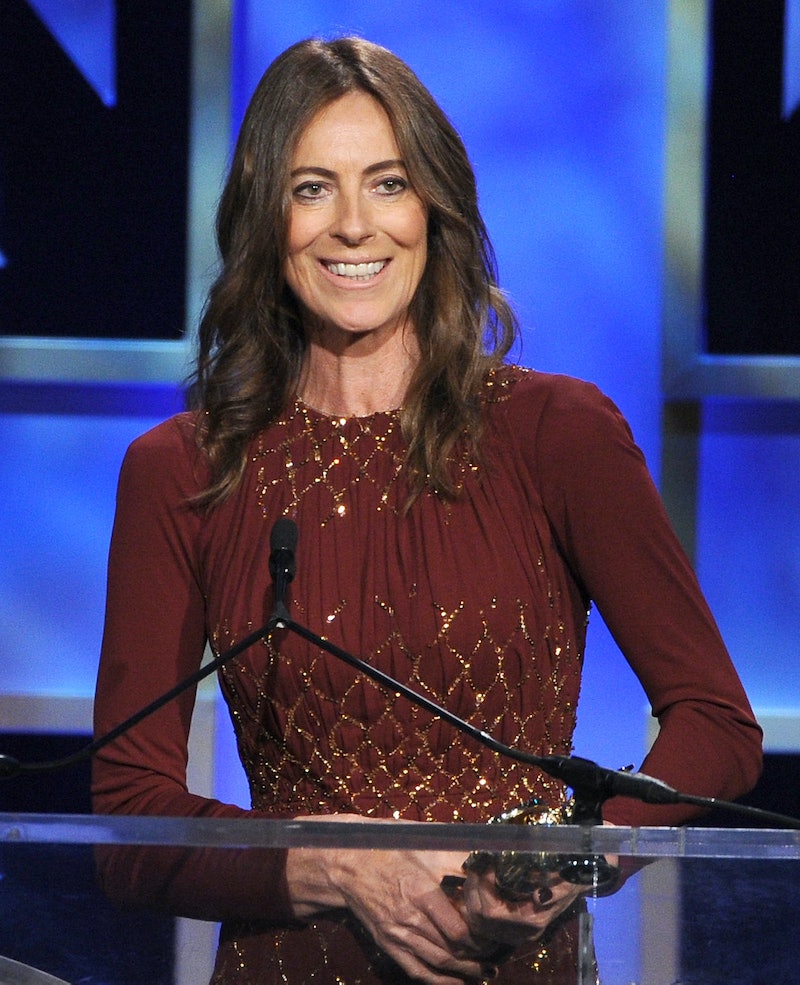 It's been a long time coming, but the Equal Employment Opportunity Commission is investigating Hollywood and its shocking lack of female directors — and you can help. This past year, multiple studies have shown the stark differences between the number of male and female directors in both TV and film. Aided by the American Civil Liberties Union, the EEOC has reached out to 50 female directors requesting their help in gathering information on the state of Hollywood.

According to a new study by Stacy Smith and the Media, Diversity & Social Change Initiative at USC's Annenberg School for Communication and Journalism, women directed just 4.1 percent of the top 1,300 films from 2002 to 2014. And according to a report by the Directors Guild of America, women directed only 16 percent of scripted television shows last year, accounting for less than 5 percent of major studio films released.

"I would like the EEOC to take legal action against the studios, the networks and the commercial production companies to make them comply with the law," director Lori Precious tells Deadline. "I hope they force people to change the way they do business because Hollywood is not exempt from the law."

It will be a long process for the EEOC to fully investigate and even longer for action to come about. If discrimination is proven, the organization could face "take legal action against the studios or seek to mediate a solution aimed at boosting the ranks of female directors." Although the EEOC is a federal organization, there are still ways to help further their mission — and none of them require donating money.

While most people are probably peripherally aware of the rampant sexism in some Hollywood industries, many might not realize the full extent. The best way to help share the knowledge is to share awareness. Tell your friends and share updates about the EEOC's investigation. And inform yourself. Check out the directors behind your favorite films and TV shows, and find out how many female directors you're personally supporting.

Stop telling your friends, sisters, and daughters that filmmaking is a financially terrible idea. It's hard for women to break into the business, and young girls coming up have dreadfully few role models in the industry to emulate. We need to change that. The only way to make the industry accessible to women is if we create and demand a culture of inclusion — and that starts with telling young girls that they can do whatever they want.

If you want to make a difference, then be critical about what shows and movies you support. On the fence about whether or not to see a movie? Check out the director behind it, and let that influence you. The industry responds to money and ticket sales, so show them that female directors can bring in the big bucks, just like the men do. And definitely give the upcoming Wonder Woman movie a shot — not just because Wonder Woman is awesome, but because a female is finally getting a chance to prove women can create superhero movies, too.

One nice side effect of the investigation is that it might be enough to spook the industry into hiring more women out of fear of legal action. And while it's definitely not the ideal way to get women behind cameras, at least it's a start.

More like this
Iran Has Issued A Death Sentence Over Mahsa Amini Protests
By Catharina Cheung, Darshita Goyal and Maxine Harrison
MOBO Awards Found Kanya King On The Woman Whose Grit & Determination Spur Her On
By Kanya King
Amanda Gorman Shared A Powerful Message On Meghan Markle’s Penultimate Podcast
By Darshita Goyal
Emma Corrin Spoke Out Against “Clickbait” Headlines Surrounding Gender Conversations
By El Hunt
Get Even More From Bustle — Sign Up For The Newsletter