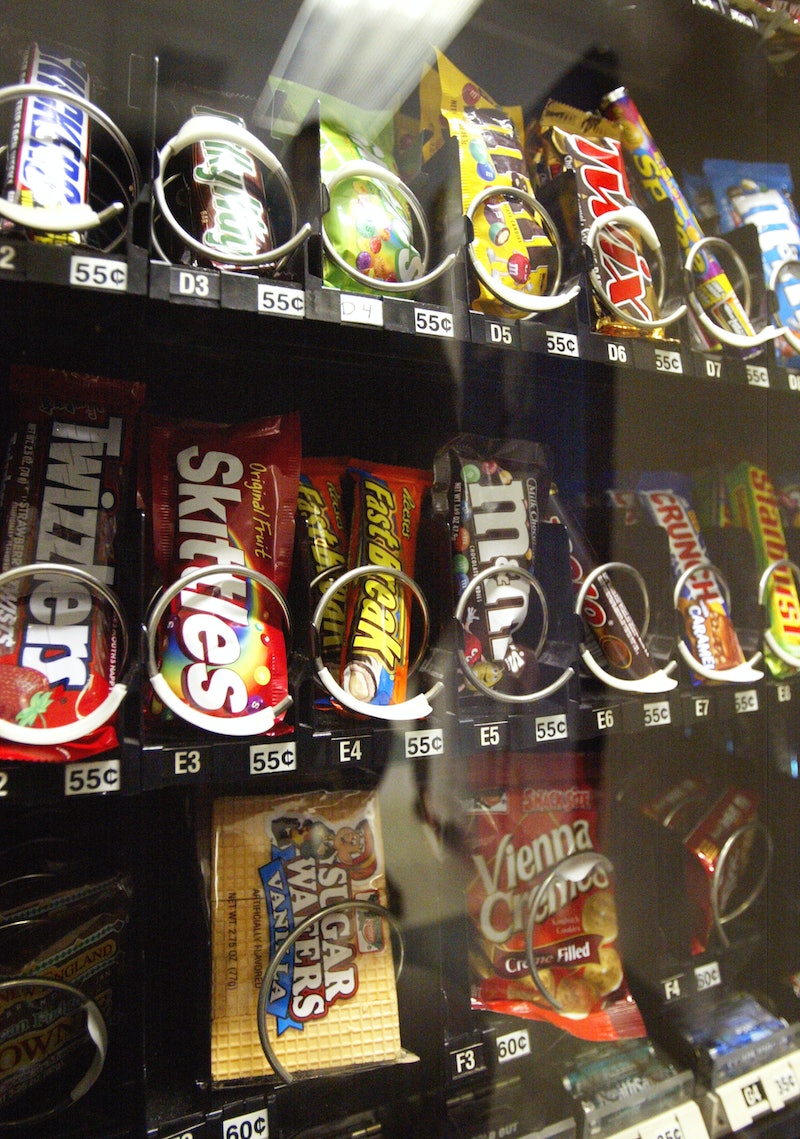 Vending machines will soon have everyone thinking twice about those peanut M&Ms that magically become "lunch" on a busy day. Beginning next year, vending machines will be required to display calorie counts, as part of a government effort to curb obesity. The regulations — implemented by the FDA — are part of the Affordable Care Act. They are set to affect five million machines owned by 10,800 firms (any firm that operates 20 or more machines will be affected).

The program comes with a price tag that's making the vending industry just a little upset: the FDA estimates that the program will cost $25.8 million initially, and then about $24 million a year after that. It seems like a lot, but that breaks down to about $5 per machine the first year — costs that would reasonably cover the informational material and any extra labor that would go into coordinating their production and display. (The cost of the changes is equivalent to healthcare costs that would be saved if just .02 percent of obese adults cut 100 calories out of their diet a week.)

But for vending machine companies — which might only "clear a few thousand dollars a year to begin with" — the new regulations are a looming financial burden. Projected estimates from the National Automatic Merchandising Association (how dare we call it a 'vending machine'?) guesstimate that companies will be facing a $2,400 charge to comply with new regulations the first year, and $2,200 in subsequent years.

"It is outrageous for us to have to do this on all our equipment. How many people have not read a label on a candy bar?" Brennan Food Vending Services owner Carol Brennan said. "If you're concerned about it, you've already read it for years."

Her company has five employees on "hundreds" of machines, but Brennan has said she'll have to cut back on her inventory diversity so that she's not having staff switching labels out. That said, she has some time to figure it out: the final regulations won't be released until early next year.

Meanwhile, lunch might soon be saved thanks to the world's first salad vending machine by Farmer's Fridge, which actually seems pretty delicious — and organic.