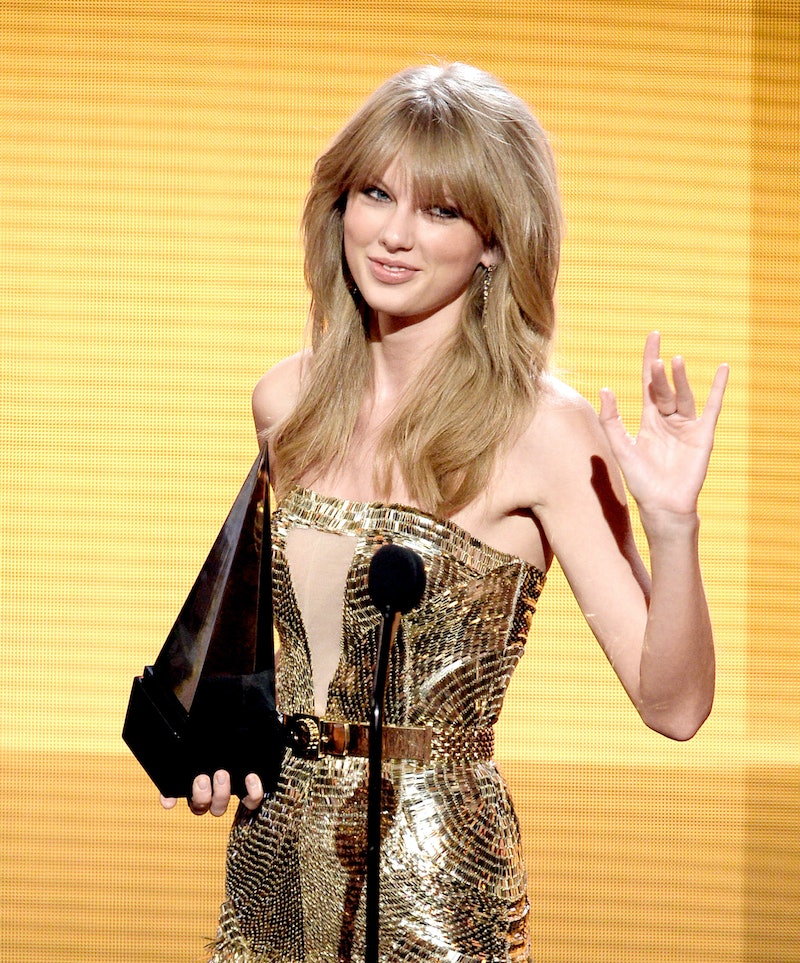 If you clicked this article because you thought that Taylor Swift is the one who's dated nine people in 2013 then you're part of the problem. I'm also part of the problem because I put her picture up there with that tagline, but I did it to prove a point. What problem am I talking about? The one that is calling out Taylor Swift for moving from boyfriend to boyfriend. The worst part about the jokes that always swirl around Swift? They're unfounded. She's dated exactly zero people since breaking up with One Direction member Harry Styles and that was way back in February. Meanwhile ex-beau Styles has dated at least nine girls in 2013.

When the jokes first started about Swift's love life after many of her famous exes got songs dedicated to them, Swift was even able to play along. In her Saturday Night Live monologue in 2009 she sung a song with these lyrics: "I like writing songs about douche bags who cheat on me" and "I like writing their names into songs so that they're ashamed to go in public." She's never shied away from admitting that she writes about the guys she likes and the guys who break her heart. Because she's so open about this part of her life, it's understandable that she gets tired of people making it a big deal. When she talked to Vulture about exes who complain about her songs she responded dismissively, "What are you going to do? Did you not Wikipedia me before you called me up?”

Songwriters draw from personal experiences. Maybe not all are as forthcoming about the inspiration behind their songs, but most, if not all, musicians probably have someone in mind, good or bad, when writing a song. Swift spoke of her own songwriting experience to Vanity Fair.

I’ve never thought about songwriting as a weapon. I’ve only thought about it as a way to help me get through love and loss and sadness and loneliness and growing up. When I write songs it’s never a conscious decision—it’s an idea that floats down in front of me at four in the morning or in the middle of a conversation or on a tour bus or in the mall or in an airport bathroom. I never know when I’m gonna get an idea and I never know what it’s gonna be.

So what's the obsession with parodying Swift's love life and making her look boy-crazy and like a serial dater who only hooks up to write a hit? “I’m work-crazy," she confessed. “That’s the thing that I’m crazy about, that I don’t stop thinking about, you know? I think [the media] need[s] to make up these angles because my actual personal life doesn’t have a shocking angle to it: I go to work. I come home. I occasionally go out with my friends. I occasionally go on dates. ‘She’s 23! She occasionally dates! She goes out to dinner with her friends sometimes!’ No one’s gonna click on that."

So Swift admits she stays away from the tabloid culture because she doesn't need that kind of energy in her life, but though the individual stories don't get her down, the overall attitude of the issue is what bothers her because it's so un-feminist.

And we agree. That's why it's funny that Harry Styles and his nine girlfriends go virtually unnoticed, but Taylor's one boyfriend in all of 2013 gets twisted to make her look like she's a man eater. Even Harry Styles wanted people to back off of her. He told Us Weeky, "It would be hypocritical for me to say she couldn't do it because everybody writes songs based on personal experience. I can't say I'd have dated someone less famous to avoid it."