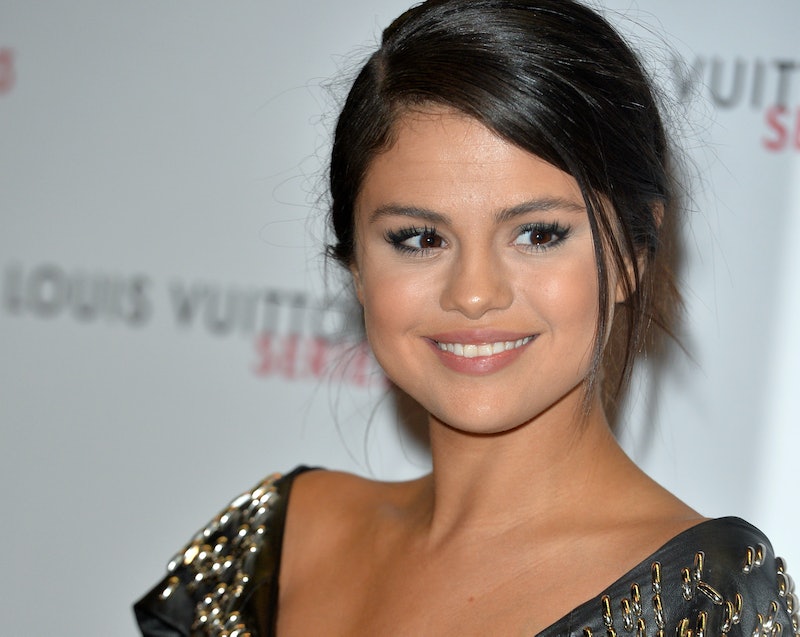 Since putting her Disney Channel days behind her, Selena Gomez seems to be an unstoppable force: she's starred in films like Spring Breakers, has appeared in numerous campaigns, and released more mature music that proves she's no longer a Disney tween. Now, the triple threat is proving that she's more than just a pop icon: Gomez revealed to Billboard that she has lupus and underwent chemotherapy treatment for the disease during her break from Hollywood — and the revelation is incredibly brave.

Gomez's interview with Billboard came out on Wednesday, as did the bombshell that she was suffering from lupus while away from the spotlight:

“I was diagnosed with lupus, and I’ve been through chemotherapy. That’s what my break was really about. I could’ve had a stroke," Gomez said in the interview.

Though it's unclear as to exactly what break she's referring to, Gomez was likely talking about her time away from the spotlight in early 2014, when she released a statement revealing that she had checked into rehab. Though she did not say specifically what the rehab was for, her reps clarified that it wasn't for substance abuse issues and that the artist checked herself into Arizona's Meadows rehab center voluntarily. In light of this news, it's not clear if Gomez checked into rehab for issues relating to the lupus diagnosis, or simply to get a break from her hectic world at a time when her health was suffering — but either way, this revelation is shocking.

Unfortunately, not everyone believed that the pop star wasn't being treated for some sort of drug or alcohol problem, something that Gomez told Billboard deeply upset her: “I wanted so badly to say, ‘You guys have no idea. I’m in chemotherapy. You’re a**holes.' I locked myself away until I was confident and comfortable again.”

Though the temptation to confront the gossipers must have been incredibly difficult to fight, Gomez chose to focus on getting healthy, which, at the end of the day, was her best course of action. Now that she is healthier and no longer undergoing chemotherapy, Gomez clearly intends to be honest with her fans, friends, and other supporters — a movie that may even be able to help others who are currently battling their own health crisis. If Gomez can come out stronger and braver on the other side, then they certainly can, too.