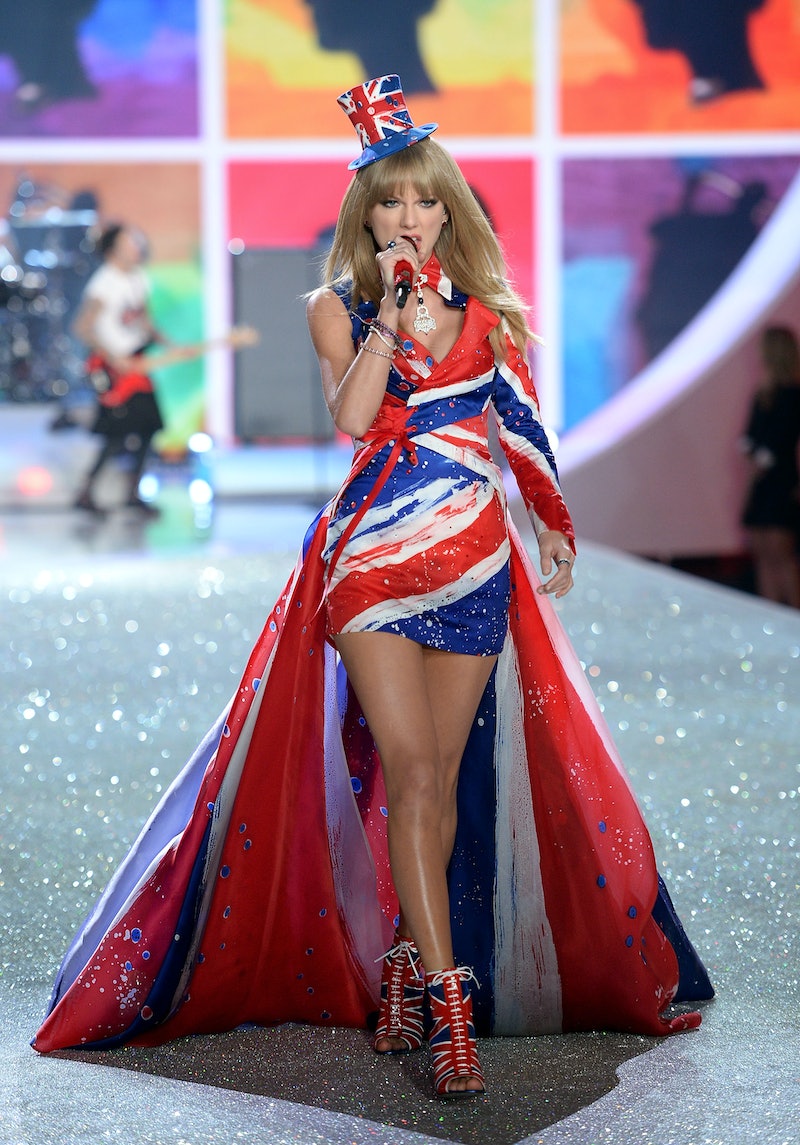 Taylor Swift continues to teach us new ways to get back at exes. While she has previously written heartfelt or anger-filled ballads aimed at ex-boyfriends like John Mayer and Jake Gyllenhaal, this year she changed her tactics. While we postulated that her appearance on the runway of the Victoria's Secret Fashion Show may have been a shot of sexy at her ex Harry Styles, she also showed us a better way to get even: giving to nonprofits you care about. Taylor Swift has given large amounts of money, time, and stuff to charity for years, and this year she beat out her Harry (and the rest of One Direction) as DoSomething's most charitable person of the year. Here's how Taylor earned her spot, and showed everyone she's capable of some serious generosity.

She wrote the big checks.

Although Taylor's $100,000 birthday donation to the Nashville Symphony from her personal equity made headlines, she regularly donates large amounts to causes she loves. In October, the Taylor Swift Education Center opened, thanks to a $4 million donation from the singer. The Center is a part of the Country Music Hall of Fame and Museum, and may even offer classes taught by Tay Tay herself.

She put her face on things.

Her Swiftiness has put her name and face on things she supports, as evidenced by her appearance at the Taylor Swift Education Center to cut the ribbon, and promises to teach master classes in the future. She also performed at the Centrepoint charity concert in November, to benefit impoverished youth in the UK. Earlier this year, she sang at Tim McGraw's Superstar Summer Night to fund the charitable arm of the Academy of Country Music, which awards grants to music-centered charities across the country.

She went out and helped people.

Many stars have written large checks for great causes. A lot have even put their names and faces to a cause, a nonprofit, or a scholarship fund. A much smaller group takes large amounts of time to reach fans who need them, and Taylor is one of them. She is a regular participant with the Make-A-Wish Foundation, granting the dying wishes of many of her young fans. Among her most touching wish fulfillments this year are her Facetime call to an 8-year-old fan who passed away shortly thereafter, and her backstage invitation to a 7-year-old fan who was hit by a car on the way to one of her concerts.

I doubt Tay Tay does her good deeds for any other reason than to give back to her community and fans. However, her charitable overachievement certainly shows a more mature way to out-do a famous ex. Keep going, Taylor.