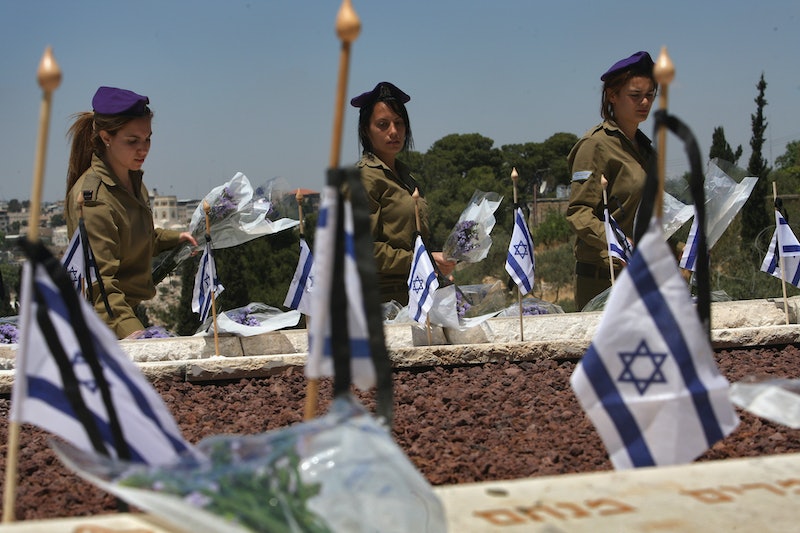 Think what you will about the Israel-Palestinian conflict (and we're sure all of you have differing opinions on the peace talks), but you have to give it up to Israel's health officials for this one: officials are now recommending that the state fund abortions for all women between the ages of 20-33. Starting in 2014, the recommended rule would allow an estimated 6,300 more women to have state-funded abortions annually.

The funding decision came as a part of Israel's new "health basket" — which is simply another name for Israel's healthcare policies. Every year, the Health Ministry Panel, which is led by Shaare Zedek Medical Center Professor Jonathan Halevy, goes through a list of medicines and procedures, and decides which of them become subsidized by the state.

This year, the panel began in October, starting with a list of 113 items. Due to financial limitations, Israel can only allot up to 300 million shekels — or $86.3 million — for state-subsidized procedures and medicines. The 113 items would have cost a total of 1.2 billion shekels or $343.6, which means that the panel had to cut out certain items.

But on Monday — after two months ranking remedies and medicines on factors ranging from cost, available alternatives, and effectiveness — the panel sent shockwaves by recommending abortion be put in its health basket. Before you react in amazement, know that even before today, Israel already subsidized abortions for women of all ages in cases of medical emergencies or sexual assault, and all women under 20 or over 40 could get subsidized abortions for any reason.

While the panel will still have to forward the recommendations to the entire Health Ministry (separate from the panel), the abortion recommendation is unlikely to meet opposition. Clearly, abortion isn't as divisive an issue in Israel as it is here in the U.S.