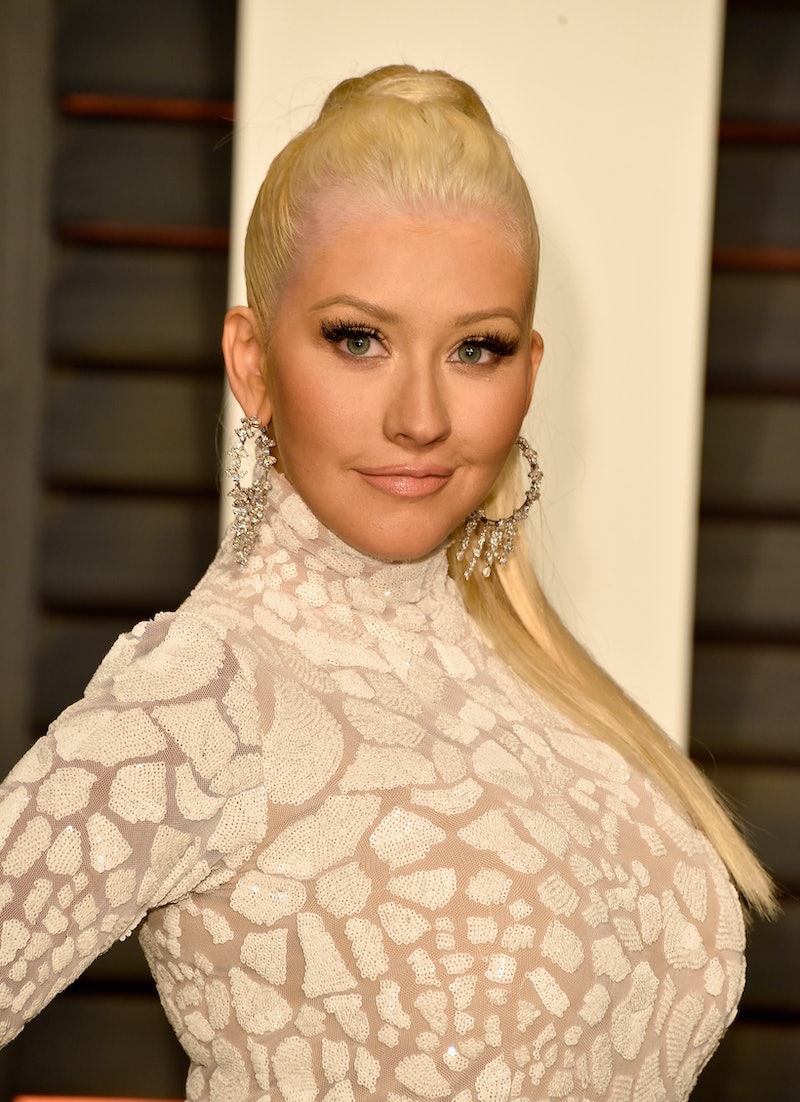 This is the moment we've all been waiting for: Christina Aguilera's new album finally has a release date... well, sort of. During a recent Today Show interview, the 34-year-old Grammy Award–winner shared that she's actually working on two new albums at the moment: one in Spanish, and one in English. (Fun fact: Aguilera hasn't released a Spanish-language LP since Mi Reflejo in 2000.) She said she's been "loosely accumulating" ideas for the much-anticipated English-language follow-up to 2012's Lotus "over the last couple of years," and she's excited for her fans to hear something new. We're excited, too, Xtina... but when will we hear something new? When?? We can't take the suspense anymore!

Fortunately, the singer finally gave us a hint about her eighth studio album's release date during a new interview with ABC News. "I am hoping for it to be next year and maybe around the time ... I return for [live episodes of] The Voice Season 10," she revealed. (The next installment of NBC's hit reality singing competition will reportedly premiere in February 2016, although the live shows might not air until March or April.) Returning to The Voice should give Aguilera plenty of opportunities to promote her new tunes. In other words, 2016 could very well be the year of Xtina! I hope the world is ready.

Check out Aguilera's recent Today Show interview, in which she also discusses her work as an ambassador for the World Food Program, below.

So, now that we know when Aguilera might drop some new music, we can turn our attention to what it might sound like. The "Ain't No Other Man" hit-maker told ABC News that she's been inspired a lot lately by... wait for it... yoga. "Taking a love for yoga and breathing ... not looking at it as an exercise, but just feeling more one with the Earth and everyone being connected, it'll definitely have a reflection on the new record," she said. Intriguing. Perhaps her upcoming songs will all sound very tranquil?