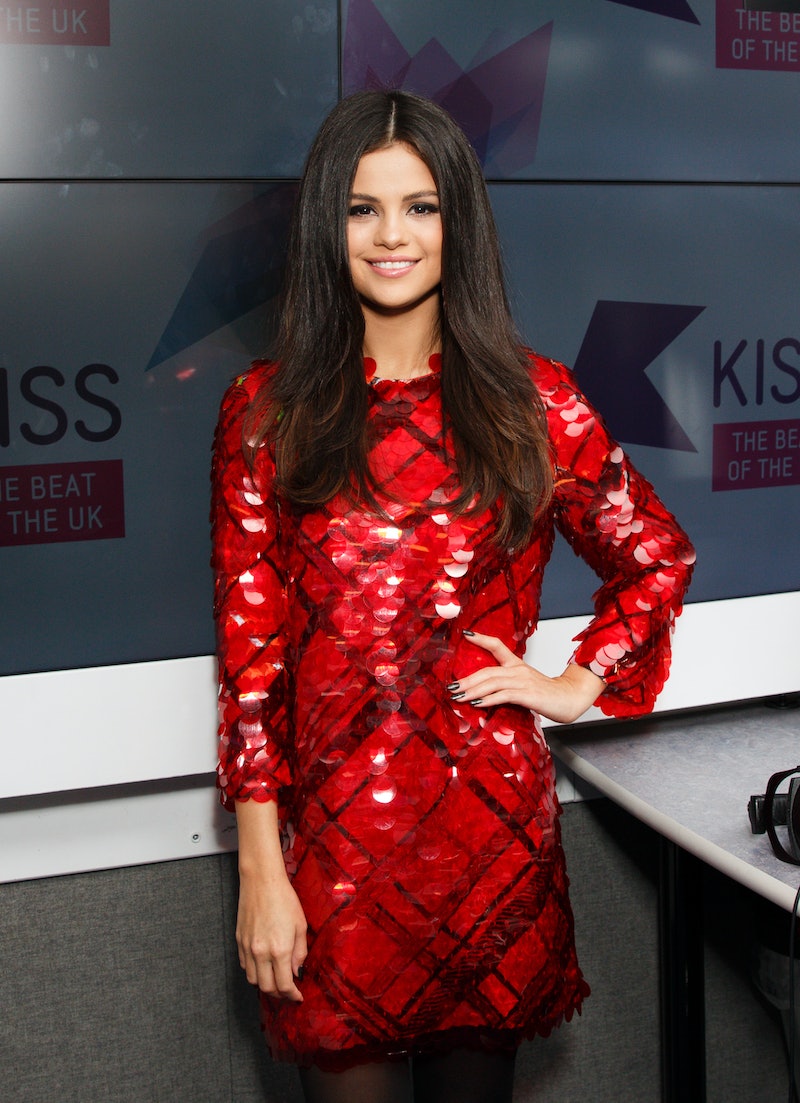 By now, you have probably heard about Selena Gomez's heartbreaking reveal about her health. As the pop singer confirmed in an interview with Billboard, she was diagnosed with lupus and underwent chemotherapy for treatment during a recent music break, when she was reported at the time to be in rehab instead. But what you might not know is that the "Same Old Love" performer's lupus diagnosis has been suspected among many publications for quite some time now. Rumors about Selena Gomez's lupus have followed her in the press as early as in 2013.

When Gomez canceled her Asian and Australian tours in 2013, In Touch magazine, among other outlets, reported lupus as a possible reason for her cancellation. The gossip magazine quoted a source from the website Popdust.com, saying, "Selena has been going full throttle the past few years and her lupus is really catching up with her right now. She knows that she needs to take some time to address the disease and look after herself better if she wants to live a full and healthy life." Gomez's spokesperson had no comment to any other outlets, like Daily Mail, that reported the news at the time. But now the 23-year-old is speaking for herself. Knowing what Gomez has revealed now, the rumors do make a lot of sense in retrospect. After all, she did take quite a bit of time off, and it did seem rather sudden. That being said, it is a positive thing that Gomez waited this long to publicly address it.

After all, being diagnosed with lupus is certainly no small matter. The auto-immune inflammatory disease is incurable. Though it is often described as "manageable," it comes with a whole host of nasty symptoms, including swelling, joint pain, and rashes. However, if left untreated, the consequences could potentially be severe. As Gomez said in her brave interview to Billboard, "I could've had a stroke."

So it likely took some time for Gomez to complete all the physical treatment for the illness. And on top of that, of course, it must have taken her even more time to mentally process everything that had happened to her and that is still happening to her. So celebrities like Gomez should not feel obligated to immediately address every comment made about their health, especially if it is a disease like lupus. It is an incredibly personal thing, even for someone in the public eye. And it was probably very scary considering how young she is.

Now, it is definitely worth applauding Gomez for speaking up about her well-being. Others who are battling the disease now have a role model to look up to. And she can also help raise awareness about the illness for people who may not know they have it. But it is also worth applauding her for waiting until she was ready to reveal the news. It is her story to tell, after all, and she should tell it on her terms.