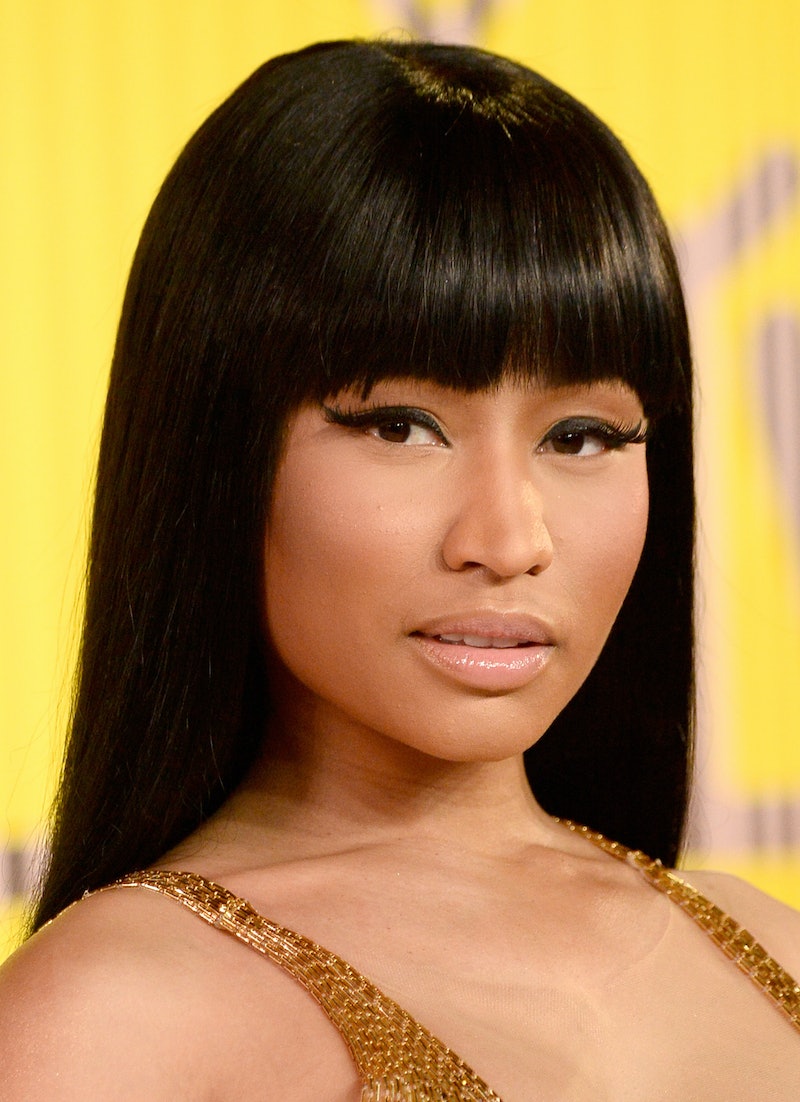 Nicki Minaj has always been known as a woman who tells it like it is and doesn't mince words. It's one of her most wonderful qualities, and one that we need in this world — and especially in the celebrity circle. If Minaj doesn't like something or thinks what you're saying is wrong, she has no qualms saying so, and she won't put up with misogyny, racism, homophobia, or anything other forms of discrimination. Basically, we should all be taking a page from her book, because she's an absolute inspiration and a role model to young women everywhere who are strong, smart, independent, and won't put up with anyone's crap. She's an absolute national treasure.

Over the years, Minaj has come out with some amazing quotes that will be remembered for all times. Whether it's reading an ignorant journalist or fellow celeb or providing encouragement to her younger fans, she seems to have life all figured out and frankly, I'm jealous. Thankfully, her words of wisdom are there for all of us to enjoy and learn from for the rest of our days. If you ever find yourself in need of some of Minaj's ultimate queen attitude, you're in luck — I've got some of her best quotes for you to re-read and love all over again.

Back in 2012, Minaj gave one of her most legendary interviews ever in which she told it like it'd never been told before and absolutely read basically the entire world. The pickle juice analogy is basically saying that you don't need to accept less than the best. You have to demand what's rightfully yours in this world.

"There are sexual things that I do that aren't for a man. I feel empowered sometimes by being sexy and being comfortable enough to be sexy on camera — a lot of woman struggle with that. But there are some days that I don't want anyone to see me. I'm just a regular girl. Some days I'm super strong; some days I'm super insecure."

In an interview with Vogue , Minaj opened up about her sexuality, insisting that she expresses herself in this way not for men, but for herself. She feels good about herself and wants other women to see that she's just like us in both highs and lows.

"I just want women to feel in control, because we're capable — we're so capable."

Minaj's 2014 profile in Dazed was absolutely full of amazing quotes, but this one always stood out to me. Sometimes as women we lack the confidence that men so effortlessly have. We're capable, ladies, and we have to know it more often.

Another gem from the MTV interview in which Minaj tells it like it is when it comes to being a woman in today's world.

"I don't mind being called a weirdo. There are a lot of people in hip-hop who are probably never going to get what I do. But, by just being myself, I end up touching a lot more people who might never have paid much attention to a female rapper."

This goes all the way back to 2010, but it's just as important today as it was then. Talking to Interview , Minaj insisted on the importance of being genuinely who she is rather than pretending to be someone that's more palatable. Weirdos rule the world.

"In my relationships, I’ve been told, ‘You don’t have to work that much.’ But I can’t stop working, because it’s bigger than work to me. It’s having a purpose outside any man."

In a new New York Times magazine profile, Minaj once again asserts her independence and points out how much more important your personal passion is than letting any man take care of you.

"I always feel it's important for me to show females that they can be in charge of their own situation... When I win and when I lose, I take ownership of it, because I really am in charge of what I do."

Ugh, Minaj, you're killing me here. Stop being such a wonderfully feminist hero.

So true. Women are complicated and we have a lot of different sides. We need to stop suppressing them and get out there being our true badass selves. (For the record, the whole Complex feature which this quote came from will rock your world.)

And why should you be? You shouldn't! You're amazing, you wonderful queen.

More like this
Beyoncé & Madonna’s “Break My Soul” Remix Honors A Group Of Black Icons
By Stephanie Topacio Long
We’ve All Had Bad Sex. Nona Willis Aronowitz Is Talking About It.
By Sophia Benoit
It’s Official: 'The Bachelorette' Is No Longer A Fairy Tale
By Samantha Allen
Most Comfortable Underwear For Big Butts
By Audrey Williams
Get Even More From Bustle — Sign Up For The Newsletter