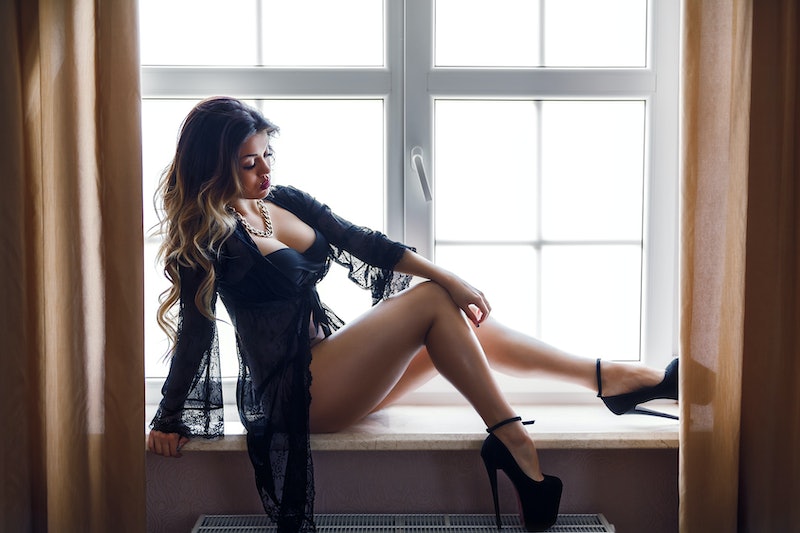 With the tangle of stigma, secrecy, and moralizing surrounding sex work, it's not exactly surprising to hear that society's perception of prostitution could be totally off the mark. Who are sex workers? What leads them to the profession? Do they have good and bad days at work like anyone else? According to the cultural narrative, the answers are "women," "because they had no other option," and "all days are bad days," respectively.

According to a major study from the universities of Birmingham and Lancaster, though, our idea of the modern sex worker could use some... well, work. Analyzing over 27,000 online advertisements for the commercial sale of sex, researchers looked at the characteristics of individuals offering the services, and the results may surprise you. In contrast to the stereotype of the predatory male client, two thirds of the ads were geared toward women, and more than a third of escorts identified as male or trans. In fact, less than half of the individuals identified themselves as straight, and ages ranged from 18 all the way to 91 years old.

Not exactly your "typical" idea of sex workers, is it? The findings even showed that contrary to popular belief, male workers charged the lowest rates, while trans individuals charged the highest.

Researchers write that their results contradict modern stereotypes, which hold that women are the victims of exploitative male clients. "Debates about commercial sex need to move beyond outdated stereotypes that women are sex objects and men are sex predators – desire takes many forms, and the sex industry is no exception to this," said researcher Dr. Nicola Smith, according to the Independent.

It should be noted that the study drew data from online advertisements, and while sex work is increasingly utilizing the Internet, it's unlikely that stereotypical victims of human trafficking would be advertising their services on Craiglist. However, this isn't the first study to find that the typical narrative falls apart under scrutiny — in a study published last year, researchers had such difficulty finding underage sex workers that they were forced to raise the age limit for interviewees to 24. Furthermore, "stereotypical pimps are far less common and important to street sex markets than would be expected," they wrote in the resulting paper.

None of this discounts the fact that sex work can be a difficult profession; it's certainly a complex subject beyond the scope of a single article. However, as a society, we have to acknowledge that much of that difficulty lies in the stigma associated with having sex for money. Until we challenge our own perceptions of the industry, the stereotypes surrounding sex workers aren't going anywhere — and neither is the prejudice.