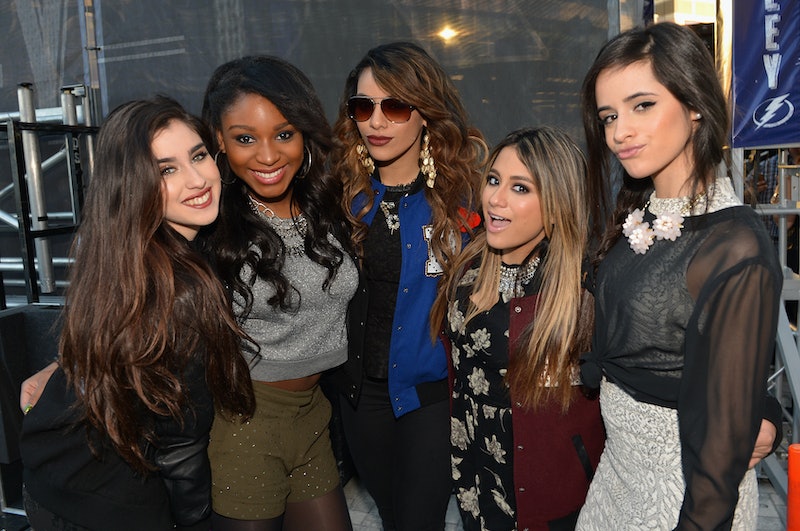 The X-Factor's Fifth Harmony just hit a million followers on Twitter today. The all-girl group has been edging their way into the music industry with hits like 'Miss Movin' On' and 'Better Together' and their Twitter milestone is just another example of them movin' on up. But you don't have to love their music to love these girls. Originally the five girls auditioned as individuals but didn't progress far enough into the X-Factor game. Fortunately Simon Cowell, the man behind One Direction, thought to put them together and history has been made. The five members who alone are good, are great together both musically and as role models. They deserve a million more followers and here are six reasons why.

1. THEY'RE INSPIRED BY THEIR FANS

2. THEY STALK THEIR OWN FAN PAGES

They boldly go where hardly any celebrities dare, into the depths of fan-made Tumblr blogs and Twitter accounts. "Oh my gosh, I creep on them all the time," Camila Cabello admitted. "We go through every single one," Normani Hamilton agreed.

3. THEY INSIST THAT EVERYONE IS BEAUTIFUL

4. THEY LOVE THEIR FANS AND ARE EAGER TO DO WHAT THEY CAN

5. THEY TAKE SUICIDAL FEELINGS AND SELF HARMING VERY SERIOUSLY

And if they see one of their fans has self harmed they are absolutely the sweetest at handling them. Seriously, this is just the best celebrity exchange ever.

"Something that can be really frustrating is, like, when people have a lot of Twitter followers or a lot of attention from others and they don't use it for a good reason," Camila Cabello said. She, like the other members, is known for telling her fans frequently on Twitter that she loves them and that they're beautiful.

AllyBrooke Hernandez agreed with the sentiment saying, "Especially, like, you're given this opportunity and you're given this platform, why not use it to help people and encourage people? We just hope to bring more positivity."

You know how they celebrated their 1 million followers? By trending #FifthHarmonyThinksYourePretty. At the end of the day, the people who deserve followers on Twitter are the people who understand what a privilege it is to interact with their fans on such a personal level and intend to use Twitter to further inspire others and to be a positive influence.