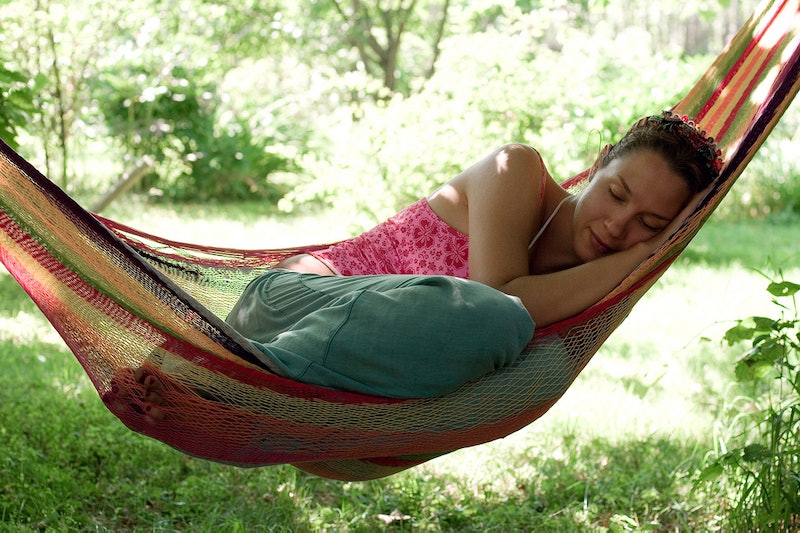 I was a sucker for scary, oddball books when I was a kid: The Goosebumps series, Where the Wild Things Are, The Veleveteen Rabbit (I've never looked at a stuffed animal the same way again), Grimm's Fairy Tales, etc. I remember so lucidly that excited stir in the classroom when the teacher would dim the lights, pop in a Halloween CD in the Sony boombox, and read from Scary Stories to Tell in the Dark. Consequently, I was not a sucker for the dreams that ensued. Dreams of grizzly bear-clawed monsters or being chased by human-sized rabbits, or of mind control (ah, A Wrinkle in Time- another childhood-ruining classic).

Literature can often shape the way we think and, like most other things, cozy itself deep in our subconscious. (That's the best part, no?) It blends the day-to-day and the fantastical, the normal and the bizarre; perhaps the act of reading itself is a lot like daydreaming.

Here's a list of books to get your weird on to, spook you in your sleep (in the spirit of Halloween, of course), or simply have you dozing away on a cloud. Because Tupac said it best: "Reality is wrong. Dreams are for real."

A 20th century Surrealist romance that floats through the streets of Paris and follows a woman who is not particularly a woman at all — more so a vision, or a state of mind, impossible to decipher whether she actually exists (I can feel feminist rebuttal like a lump in my throat, but we’ll save that for another time). If not for the plot, then read for the prose and surreal imagery. Nadja will have your dreams walking tiptoe atop the Seine River.

Similar to Breton’s Nadja, Insel is Loy’s first and only surrealist novel, taking place in the glamorous artistic bohemia of 1930s Paris (there seems to be a certain je ne sais pas about the city that’s driving all these writers mad). The narrative circles around Mrs. Jones, a writer and art dealer, who sparks an unlikely and impossible friendship with Insel, a German painter and outlaw with a knack for leaving charming notes like, “Am starving to death.” With Loy being a remarkable poetess and surrealist, it’s the writing and images of late-afternoon café banter that’ll have you floating off in dreams.

Kafka on the Shore by Haruki Murakami

Although talking cats, Colonel Sanders, fish raining from the sky, a Hegel-quoting prostitute, and a gruesome murder may sound nonsensical when served altogether on one piping mess of a sentence, fret not if you don't get it — because no one can really make sense of it all, even after they've finished reading the entire novel. Kafka on the Shore, Murakami’s metaphysical and Oedipal story, follows the entwined journeys of both Kafka, a teenage boy escaping a whacked prophecy and searching for his long-lost mother and sister, and Nakata, an elderly simpleton. A perfect novel if you’re into more far-out dreams, man.

The Last Evenings on Earth by Robert Bolaño

Bolano's collection of 14 short stories is woven together by one long, seemingly endless string of flight and horror. Set in the Chilean Exile diaspora of Latin America, the characters, who often speak confessionally and candidly, are flung into the murky depths of melancholy, isolation, violence, and the eye. Have you ever had one of those dreams where you were desperately running from something? Say, a feral animal, an ambiguous beast, or a really terrible boss? (Totally hypothetical, of course.) These stories will catch you breathless in no time.

Under the Skin by Michael Faber

Though the novel may not be quite as a visually titillating (aka trippy as hell) as the ScarJo film, Under the Skin is at once comical, entrancing and horrifying. Isserley, a female truck driver who scales the Scottish Highlands, picks up hitchhikers and listens to them as they open up to her, leaning in on clues to whom might miss them should they suddenly "disappear." The imagery moves as seamlessly and surrealistically as a film, making for a lucid read.

The Master and Margarita by Mikhail Bulgakov

This one will have you Russian into dreamland in no time! Sorry, pun. Bulgakov’s classic is a dark satire written during the darkest period of Stalin’s regime, taking place in both ancient Jerusalem and modern Moscow, with a narrator known only as “The Master.” The mood flip-flops from comedic to somber while weaving together instances of a Satanic ball, vampire attacks, and the murder of Judas. Grotesque, fantastical, political, and topped with a vodka-sipping cat, you’re bound to Bulgalov it. (I’ll stop. Probably.)

The Sheltering Sky by Paul Bowles

Three Americans travel the deserts and cities of North Africa in the post-World War II era. Swallowed by the emptiness and cruelness of the desert, the characters’ incomprehension of alien cultures leads to the destruction of those cultures, and ultimately, of themselves. For those who have ever dreamt of treading through the desert, or perhaps falling from a clear blue sky, Bowles paints for you a desert dreamscape as unfathomable as the human subconscious.

Disclaimer: this one is not intended for sweet dreaming. While subverting the common tropes of the “wild west,” McCarthy drags his readers and the Kid, the 14-year-old protagonist from Tennessee, along the Texas-Mexico border. Mass murder, a bustling market for the scalps of Indians, and the frighteningly bald Judge, Blood Meridian is the dystopian West of your dreams.