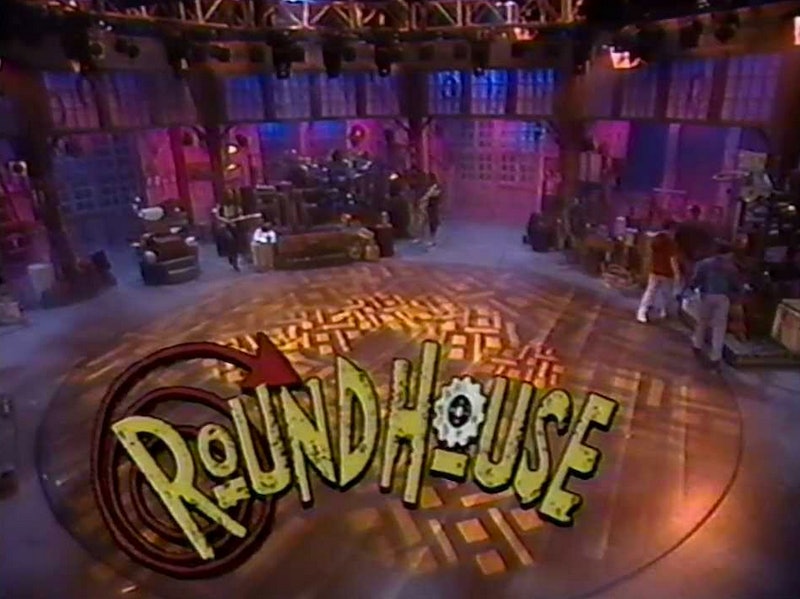 The part of The Splat that is most exciting for many fans is the return of beloved Nickelodeon shows like Doug and All That, allowing fans to relive their favorite part of coming home after school. However, The Splat is expanding past its well-remembered original programming and dedicating some of its airtime to airing deep cuts that you may have forgotten about. It's likely you have distinct memories of sitting down and watching an episode of Aaahh!!! Real Monsters, but do you remember watching Space Cases? Here are some of the shows you forgot about that The Splat will be airing, and a few more that The Splat could resurrect if they wanted to.

Currently, The Splat has chosen to air lesser-known series like the sketch comedy series Roundhouse, the high school comedy Welcome Freshman, and the indescribably odd Weinerville. These shows flew under the radar during their premieres and are currently not getting a lot of buzz compared to the return of legendary shows like Rocko's Modern Life, but these quirky 90s shows deserve just as much attention. If Nickelodeon continues to bring old gems out of the vault, there are plenty of weird shows to be aired on The Splat.

Here are a few of the lesser-known Nickelodeon shows that you might run into when watching The Splat:

Roundhouse was a sketch comedy show that revolved around the life of the "Anyfamily." The highly theatrical brand of comedy about true-to-life topics was a little less silly than All That, but a lot more surreal. Created by a former writer from the classic sketch show In Living Color, the high-energy program lasted four seasons. It's like if someone gave the drama club from your high school a television show, but in the best way possible.

Welcome Freshman explored the hallways of Hawthorne High School, and explored the trials and tribulations of education. The show was structured as a sitcom, but featured "skit" interludes between stories. Despite not being well-remembered, the show was still able to produce 52 episodes, meaning it's likely you'll be seeing it on The Splat again soon.

This televised puppet show featured games, Pre-1970s cartoon interludes, and Mark Weiner dressing up his face and pretending to have a tiny puppet body. This variety show lasted 62 episodes, and is one of the stranger shows you'll find on The Splat.

This science-fiction show from 1996 is notable for two major reasons: It introduced the world to Jewel Staite, who would later return to science-fiction in the cult classic show Firefly, and this show happens to have the most literal theme song ever made. The theme song dedicates time to detailing the entire premise of the show, and then describe each of its characters. There's a moment during the intro where Staite's character, Catalina, is talking to a wall. At this time, the theme song features the lyrics "Catalina is talking to the wall." They just don't make theme songs like this anymore, and that's a tragedy.

The precursor to shows like Legends of the Hidden Temple and GUTS, Wild & Crazy Kids featured messy versions of recognizable playground and sports games. If you wanted to play Wild & Crazy Kids at home, all you had to do was play any schoolyard game you know and add slime.

Kids Court: It's court, but with kids. The show featured children debating over an issue that was mailed into them, and the applause from the audience helped the "Judge-O-Meter" determine who was correct. It's not entirely reflective of how the legal system works in the real world, but this method looks more fun.

These are just a few of the oldies-but-goodies that The Splat can and should resurrect. They just don't make TV like this anymore, but at least they make re-runs.