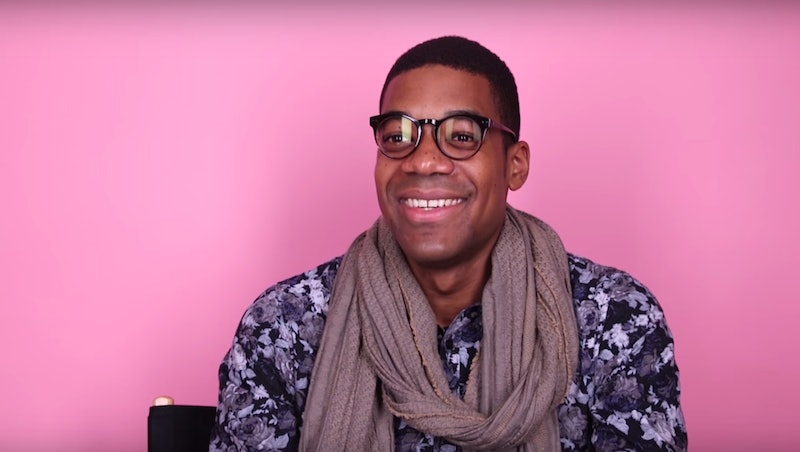 Sunday marks National Coming Out Day, a day that's no less important than it was on its inception 27 years ago. Though the fight for LGBT rights has made a lot of progress in the intervening decades, this year's legalization of gay marriage being the most concrete indicator of that, "coming out — whether it is as lesbian, gay, bisexual, transgender, queer or allied — STILL MATTERS," says the Human Rights Campaign, and it's so right. According to HRC, people are far more likely to support LGBT rights and equality when they know someone who identifies as such, and though gay marriage is a huge win, the fight for legal and social equality is so far from over. Discrimination is still rampant, rates of anti-LGBT violence and suicide are still high, and, perhaps most importantly, the equality, visibility, and well-being of transgender people still lag woefully behind the other portions of the LGBT acronym.

With that in mind, Bustle collected the coming out stories of six men and women who identify as everything from gay to queer to bisexual to transgender. Their stories are a reminder that speaking out personally does a service to the LGBT community as a whole, whether it is in educating opponents or allies, encouraging other LGBT folks, or putting a face to the movement in a way that can influence legislation and diminish discrimination. Here is what they had to say.

"I remember thinking, This is the moment where I disappoint my parents."

"I think the biggest barrier was probably just saying it to myself."

"I've never really told anybody collectively so I'm going to take this chance to say: I'm Skylar, I'm gay, and I'm about to start transitioning."

"What I was most scared about people thinking is, She's just trying to get attention."

"I'm coming out, and the AIDS crisis hits."

"Basically she [my mom] was like, 'Your home is not your home tonight.'"

Watch the full video below.