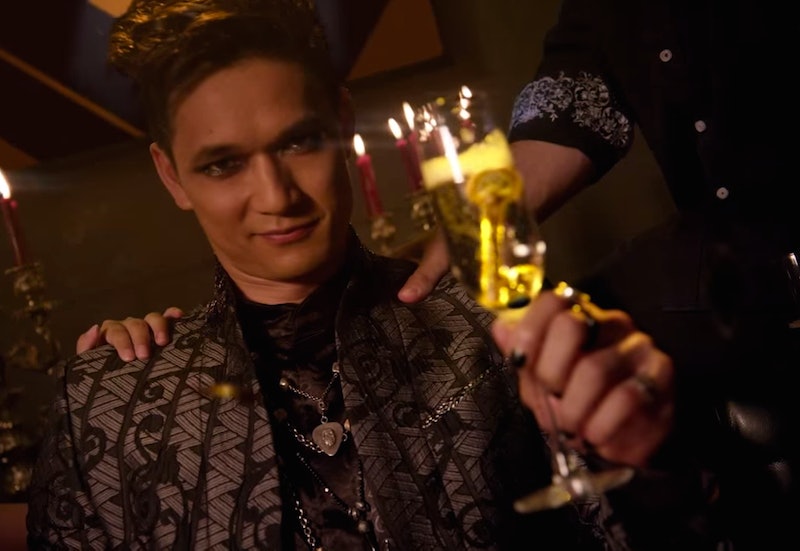 Are you as excited for ABC Family's Shadowhunters TV show as I am? Because you should be. Whether you love The Mortal Instruments book series, or hate The Mortal Instruments book series, whether you loved the film adaptation City of Bones, or hated the film adaptation of City of Bones, I think we can all agree that the TV series looks like it's going to elevate the world of the Shadowhunters to a whole new level. So when can fans expect to judge for themselves if this new entry into the Shadowhunters canon is as worthy of their adoration as this plot and these characters they've come to love? As revealed during the panel at New York Comic-Con, the Shadowhunters premiere date is set for Tuesday, Jan. 12 at 9 p.m. — directly after Pretty Little Liars.

But that's not the only surprise that fans have to look forward to. According to the producers, the premiere of the show will be preceded by a Making of the Shadowhunters special set to air on ABC Family on Dec. 6 at 9:30 p.m. That's right — a full month before the premiere of the show, we'll get a look at the characters, at the world, at the changes that have been made between the book series and the upcoming TV adaptation. We'll get a chance to fall in love with, well, everything there is to fall in love with about the show even before we get to see everything with our own eyes. And then, afterward, we only have to wait just over a month to get to enjoy the universe ourselves.

Basically, it's an amazing time to be a fan of The Mortal Instruments, and the level of passion and dedication that the cast has shown toward the project at the panel alone promises a wild and fun ride for the audience. So set your DVRs for January, because you're about to get your hands on your new favorite show.