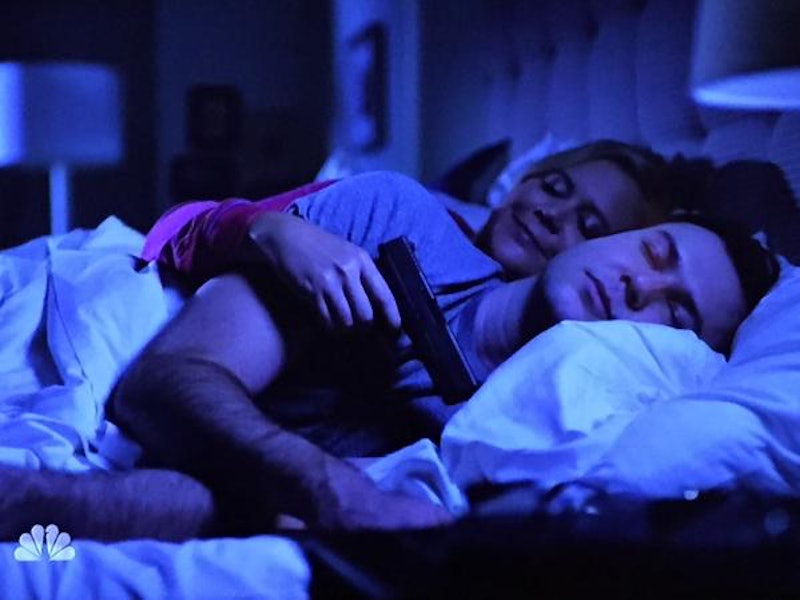 I am sure that when Saturday Night Live decided to do a sketch about guns, they probably didn't expect that there would be even more school shootings this week. Still, sadly, gun violence has become so common that they could just throw up a video about guns, and it would be timely whenever they chose to air it. And that's exactly what happened this week. SNL did a pre-filmed video about guns, and the commentary is pretty cutting.

The video shows different people doing normal things: Meeting at a party, going to the hospital to have a baby, jogging in the park, and waiting for a romantic date. (Of course, it's host Amy Schumer who's waiting for the date.) The video then asks what they all have in common. The answer? They're all carrying guns.

Being that it's SNL, this is certainly played up for laughs. They're using guns instead of a bottle in spin the bottle, caressing each other romantically with the barrels, firing triumphantly in the air, or snuggling up to one at night. It's not the way anybody really uses a gun at all, but that's kind of the point.

Then, during Weekend Update, guns came up again. Colin Jost and Michael Che did an extended back-and-forth about the issue. Che noted that, sure, the Constitution says its okay to own guns, but it also says it's okay to own people. That's a pretty strong anti-gun joke.

Finally, during a sketch about a town council meeting, Schumer played cute a little girl who asked lots of cute questions about her school, like whether her recess could be extended. But, her real question? Could she bring her gun to her elementary school?

SNL has always been known for being political, but recently the political focus has been trained more on people in power — especially during an election year — and not really on issues. Even then, the show chooses to aim at whoever is in power, rather than take a stand one way or another in an issue. The one-two punch of anti-gun material on the show is a much stronger political stance than the show usually takes, and it's pretty refreshing.

Watch a video below: