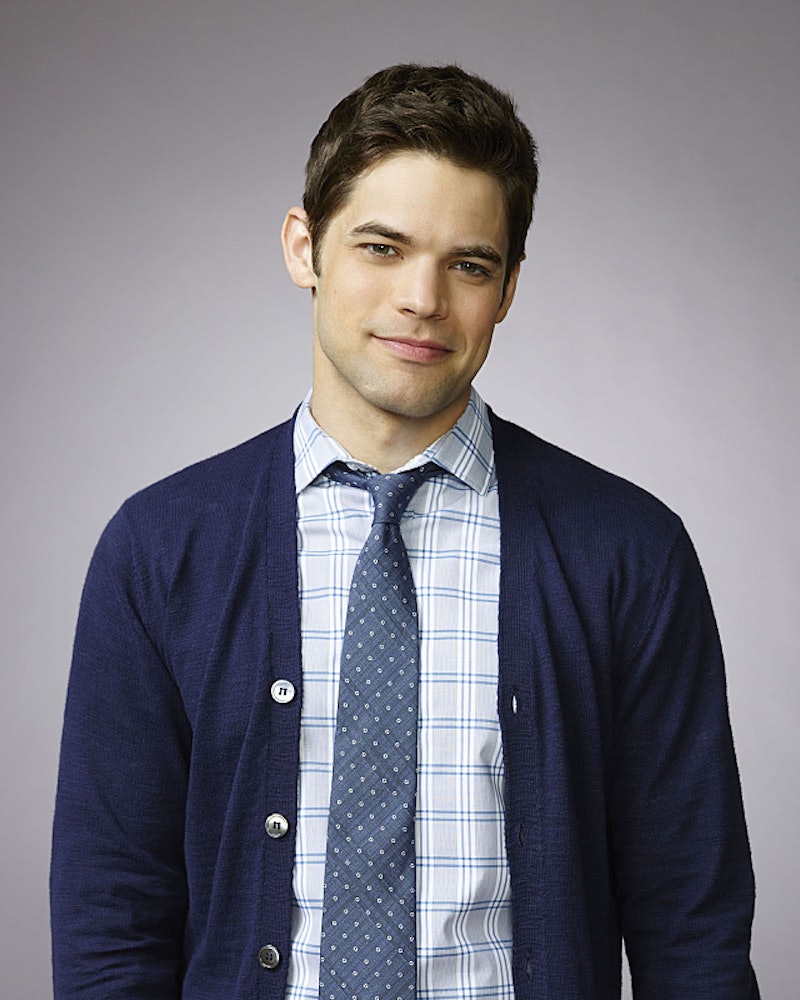 The temptation to ship Kara Danvers with every Supergirl character is going to be strong when the show debuts in a few weeks, but for some of the characters there are bigger concerns. Jeremy Jordan, who you may recognize on screen from Smash or The Last Five Years, works in I.T. has a friendly relationship with Melissa Benoit's character but his character could get complicated. At NYCC on Sunday, Executive Producer and creator Ali Adler confirmed that Toyman will appear on Supergirl.

We know that Jeremy Jordan is playing Winslow Schott, who in DC Comics becomes Toyman. However, the origin of Toyman onSupergirl may not be what fans expect. Adler hinted that while Jeremy Jordan's character has a "relationship" to Toyman, but not necessarily that they are one and the same.

In the comics, Toyman is is toymaker, a villain, and kidnaps Cat Grant's son. That's no good. His nemesis is Lex Luthor, which could make him a bit of an anti-hero, but all of that murder kind of ruins his reputation and potential for good. Is Win on Supergirl going to become a villain? He's so sweet and smitten by Supergirl in the promos we've seen and I hope that jealousy doesn't turn him sour. Maybe they have a different sort of "relationship" in this universe and my hopes won't be dashed by a supervillain origin story so soon.

In addition, don't expect to see Clark Kent on Supergirl. While references to Kara's "cousin" and the "guy in blue" could become an excellent drinking game for the series, this is a show about Supergirl, not Superman. "We all live in someone's shadow in our lives and we're all second best to someone in our lives," Adler said. That said, we'll also be meeting recognizable DC characters that include Livewire, Reactron, Red Tornado, and Lucy Lane.

As for who Kara will end up with, shipping-wise? "There's no end," said Ali Adler. "We're always going forward."