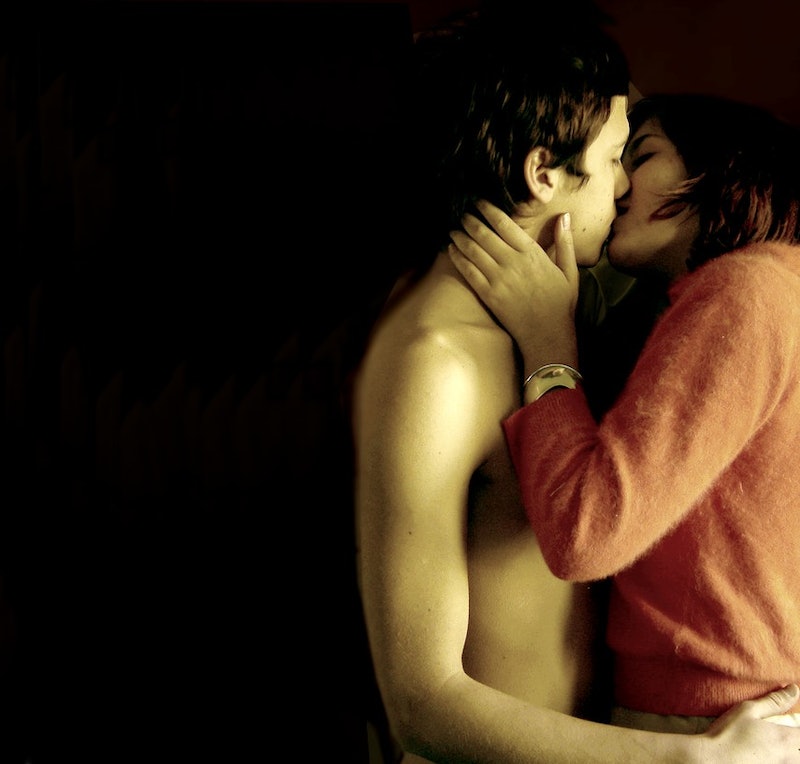 In the words of author Jarod Kintz, "Reading, it's the third best thing to do in bed." I would agree with that so long as "eating take-out" can be listed as number four, and I can only assume that number one would be sleeping (that bewitching temptress) and two would be having sex. I've pulled together some of the best sex quotes from books to keep the second thing on that list so fun and interesting, it might even move up to first place.

For a simple procreative act, sex takes up a lot of our time, and why shouldn't it? Sex is a terrific amount of fun if done correctly and, of course, with respect. It's a great thing to do when the power is out during a thunderstorm, or if you have a hard time falling asleep. It's kind of wondrous that way, isn't it? Because of this, it makes a good amount of sense that it has such a place in our society. If we're not doing, it, we're thinking about it, making jokes about it, buying items that will make acquiring it easier, and working towards being able to do it again.

It follows, then, that many people would write about it, too (outside of both erotica and romance novels even), since books reflect culture. These quotes about sex from books may titillate, and some may make you laugh, but all of them speak some sort of truth one way or another. So, pour yourself a glass of wine and light a couple of candles, because it's about to get kinda hot.

― Gabriel Garcí­a Márquez, Love in the Time of Cholera

2. “And yet another moral occurs to me now: Make love when you can. It's good for you.”

3. “In a perfect world, you could fuck people without giving them a piece of your heart. And every glittering kiss and every touch of flesh is another shard of heart you’ll never see again.”

4. “Anyone who is in love is making love the whole time, even when they're not. When two bodies meet, it is just the cup overflowing. They can stay together for hours, even days. They begin the dance one day and finish it the next, or — such is the pleasure they experience — they may never finish it. No eleven minutes for them.”

5. “So she thoroughly taught him that one cannot take pleasure without giving pleasure, and that every gesture, every caress, every touch, every glance, every last bit of the body has its secret, which brings happiness to the person who knows how to wake it. She taught him that after a celebration of love the lovers should not part without admiring each other, without being conquered or having conquered, so that neither is bleak or glutted or has the bad feeling of being used or misused.”

6. “I want you to spend the night,” you said. And it was definitely your phrasing that ensured it. If you had said, “Let’s have sex,” or “Let’s go to my place,” or even “I really want you,” I’m not sure we would have gone quite as far as we did. But I loved the notion that the night was mine to spend, and I immediately decided to spend it with you.”

7. “I wanted so badly to lie down next to her on the couch, to wrap my arms around her and sleep. Not fuck, like in those movies. Not even have sex. Just sleep together in the most innocent sense of the phrase. But I lacked the courage and she had a boyfriend and I was gawky and she was gorgeous and I was hopelessly boring and she was endlessly fascinating. So I walked back to my room and collapsed on the bottom bunk, thinking that if people were rain, I was drizzle and she was hurricane.”

8. “He'd noticed that sex bore some resemblance to cookery: it fascinated people, they sometimes bought books full of complicated recipes and interesting pictures, and sometimes when they were really hungry they created vast banquets in their imagination — but at the end of the day they'd settle quite happily for egg and chips. If it was well done and maybe had a slice of tomato.”

9. “I had a feeling that Pandora's box contained the mysteries of woman's sensuality, so different from a man's and for which man's language was so inadequate. The language of sex had yet to be invented. The language of the senses was yet to be explored.”

― J.D. Salinger, The Catcher in the Rye

11. “Once desire was turned on, combustion gave it a life of its own. Once it was turned on it became a raging wildfire, uncontrollable and uncontainable, the type of conflagration that had to be allowed to burn itself out.”