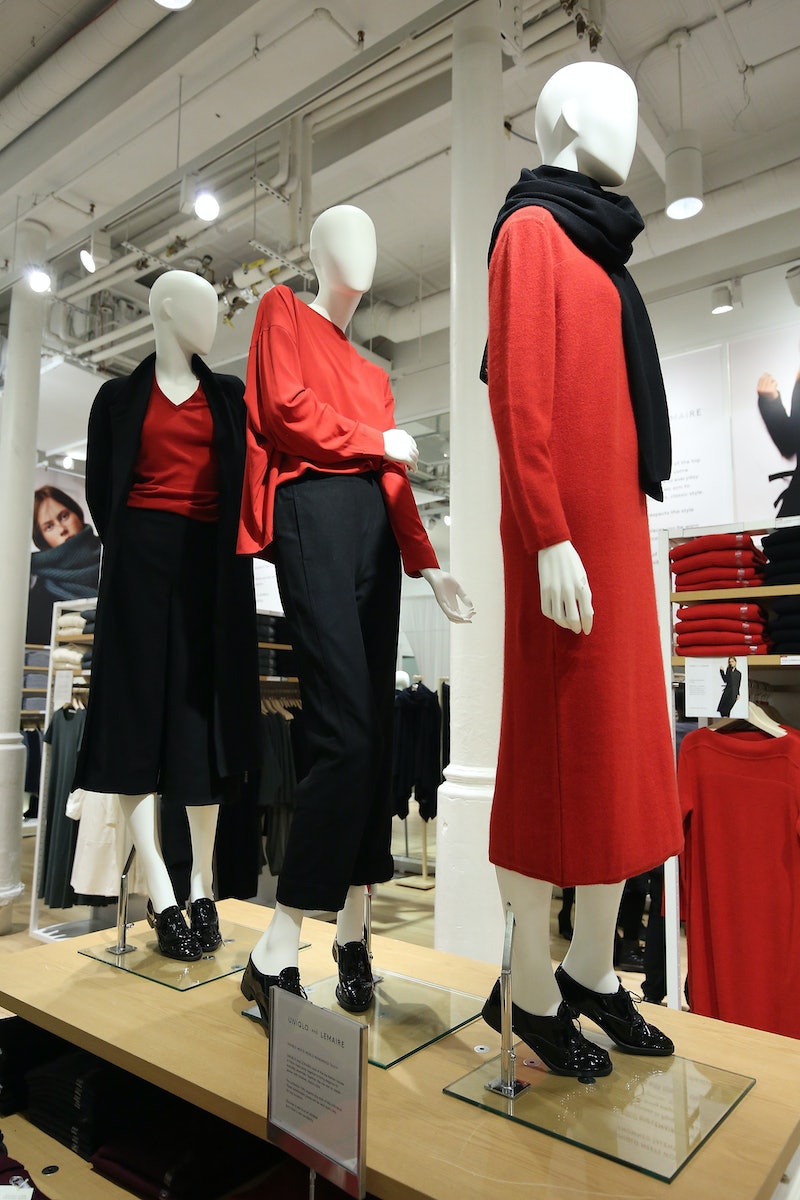 Back in the day, mood rings were all the rage — are you feeling blue, green, or yellow maybe? But Japan's ultra-famous basics store is taking it to a whole new level: Uniqlo's mind reading software will essentially read your (emotional) mind and tell you what you which of their shirts you should buy. That's some psychic stuff. But the question is — how does it work?

The software, called UMood, supposedly reads your emotional state, and then makes a t-shirt design decision for you. According to The Cut, a CNET writer tried the software, and reported that "shoppers sit in front of a screen wearing a futuristic-looking brain-computer-interface headset from Mindwave. The screen displays a variety of images, and the headset reads your brain's responses as you react them. (The retailer even had a real-live neuroscience professor present to explain the technology.)

Pretty insane, right? For those skeptics out there: Uniqlo conducted a focus group where the participants were asked to rate 600 available t-shirt designs "as corresponding to various states of mind (say, "adventurous" or "happy"), according to The Cut. Essentially, they conducted a massive survey. This isn't the first software to detect your mood, though. But it seems that this is the first time it's related to your fashion choices.

Basically, you sit in front of a screen wearing the headset, and you're shown a "series of images and videos" from animals to people, and UMood analyzes your neurological responses while you see them, according to CNET. Then, an algorithm will pair your thoughts with several t-shirt designs before narrowing it down to one.

The UMood analyzes five states of mind: stress, concentration, drowsiness, interest, and like. The information gathered by the headset is then placed on a scale against these states, and a t-shirt suggestion is made, according to CNET.

For indecisive shoppers, this may just be the software that will change your life. While I myself love the actual act of shopping — walking around the store, touching and viewing the items, and browsing racks — those who just want to get in and out may benefit from UMood. Either way, it's definitely an interesting and exciting experiment. Consider it your mood ring or horoscope for fashion, but you may have to travel to try it — it's only in Australia right now.

More like this
The 7 Best Laptop Stands For Zoom Meetings
By Megan Gray
The 5 Best Bluetooth Label Makers For Your Home, Office & Beyond
By Rachel Dunkel
20 Smart Devices Under $35 That’ll Change The Entire Vibe Of Your Home
By Emma Carey
40 Ways To Make Your Home Look & Feel So Much More Luxurious For Under $35
By Claire Epting
Get Even More From Bustle — Sign Up For The Newsletter