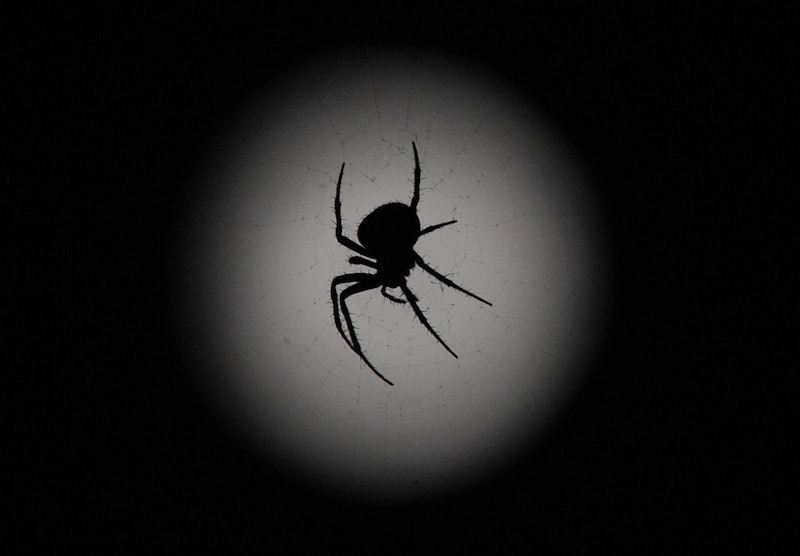 This is the season for jumping when a hand touches your shoulder, screaming at looming ghouls, and getting thoroughly freaked out in haunted houses. But for some of us, such fears aren't just a once-a-year thing; every day is a kind of Halloween. The reasons behind the development of severe fears and phobias are still debated, but there's no doubt that they are potent. And they can be crippling, whether they take the form of specific fears (spiders, heights, anxiety in public) or more all-encompassing conditions like agoraphobia (the fear of the outside world). But science has good news: It can help you cure your fears and phobias.

First, know that phobias don't mean you're crazy, damaged, or otherwise need to be locked up. Some of the most famous, intelligent, and celebrated people in history have had severe, incredibly powerful phobias. Famous film director Alfred Hitchcock was absolutely terrified of eggs of any kind. Megan Fox has a phobia of germs. And legendary tennis player Rafael Nadal has a huge swath of phobias, from terror of spiders to fear of bicycles, helicopters, and the dark. These anxieties didn't stop them from doing some pretty radically amazing things. So take heart if you're feeling discouraged by your own phobias. You're in good company.

That said, having a true phobia can be severely debilitating. Here are five scientific methods to beat your phobias in their tracks. You'll likely need professional therapeutic help with at least one of them, but it's worth it for a life lived without the need to hide whenever you see a cat.

Use Exposure Therapy And Inhibitory Learning

Gradual exposure therapy is the one thing most commonly prescribed to people with crippling fears and phobias. But you may not be aware that there are very specific ways in which to do "immersion therapy," as it's called, and they're all dictated by science. The basic thesis? Get exposed to what scares you. You need to do it very gradually — therapists tend to recommend the ladder approach, whereby you progress from tiny kinds of exposure to more full-on ones.

The most important thing to note is that your lowering level of fear throughout your therapy — for instance, the fact that you progress from utter horror at spiders to being able to stand next to one for a whole 10 seconds — may not indicate that you're cured. Some scientists think that it's not actually the fear level that's the problem; it's what's called your "inhibitory learning," or the new things you learn that could "override" your previous fears. Without inhibitory learning, the old fear may still stick around after you've completed your therapy.

You need to bring in new, positive learning that's just as powerful as the old fear — so exposure isn't quite enough. For serious phobias, you'll need help from a therapy to introduce this new learning. Sophisticated therapy is advancing with the times. There's now the possibility that virtual reality can help people with serious phobias face their fears in a safe environment. And by the way, the clinical term for a phobia that's gone? "Extinct." Comforting, right?

Don't Hang Around People With The Same Fear

This makes so much sense on the surface — of course you're going to be prompted to scream like hell when somebody sees a bee and has the same reaction — but if you dig a little deeper, it actually looks a little silly. Why should it matter if somebody else in your circle fears what you fear? The answer is in the contagious and social-oriented element of fears and phobias. Your bee-hating friend may actually be preventing you from ever getting past your own terror.

Fear is learned. You don't come into the world hating dogs, traffic, loud noises, disease, or whatever else you're scared of. You pick up these fears from other places and have them reinforced over time by social interactions with others. To that extent, a Scientific American article recommends that, to truly get away from a fear, you have to also start separating yourself from people who fear it too. In fact, we're so socially attuned to the fears of others that research from 2012 indicated that we can actually smell them. So phobia support from a similarly afflicted friend may be doing you both more harm than good.

"Take deep breaths" is the first thing people say to you when you start freaking out, and they may not be aware of just how scientifically sound that piece of advice is. It turns out that a particular kind of deep breathing, known as diaphragmatic breathing, is a natural stress release for the body, and is an excellent way of attempting to negate serious fear responses and reduce stress hormones in your brain.

Breathing fully — which means relaxing the diaphragm, letting your body completely fill with air, and then releasing it slowly and with control — not only slows your heart rate, but also calms the body's fight-or-flight response, which is an integral part of serious fear. The act of deep breathing prompts the body to activate the hypothalamus in the brain, a source of stress-busting hormones. A famous study in 2002 revealed that upsetting emotions tend to be associated with abnormal breathing patterns, and hypothesized that the body took deep breathing as a signal to soothe itself. Learn proper deep breathing techniques, and apply them when you're next faced with a phobia-triggering situation.

This idea actually comes from a surprising source: the U.S. Army. Military science has been increasingly focused on making their soldiers more mentally resilient — that is, less anxious, less prone to be driven by fear-based decisions or the hormonal impulse of a severely traumatic experience — to prevent them from developing PTSD. Resilience is one of those weird things that seems like it's just inborn. You can either be mentally strong and able to bounce back from serious stress or you can't, right? Wrong. And the more resilient you train your brain to be, the more you can resist anxiety and phobias.

The Mayo Clinic has a bunch of tips about improving the resilience of your mental state, and they all make sense. Maintaining a strong connection with your friends and social circles so you have good support, doing things that are meaningful, and attempting to have a hopeful outlook. They seem wishy-washy, but they're actually adjusting your brain to be more able to cope with stress. You're putting your brain through resilience training to reduce the power of a fear. A resilient brain is more able to pull away from the knee-jerk motions of terror, and be calm in the stress of the moment.

Turn Off Your Fear Gene (One Day)

This is a fanciful idea, but phobia sufferers will probably rejoice at the news that, in 2014, researchers claimed to have found the "fear gene" which prompts both our everyday shivers and our all-consuming terrors. Which might mean we'll be able to control it one day.

Now, fear is a good thing in moderation. It keeps us from dangerous situations, moderates the risks we take, makes us alert and able to respond quickly, and is a totally reasonable response in a lot of situations. But when it comes to overpowering fear and its resulting trauma, wouldn't it be better to, well, just be able to turn it off?

That's what researchers are now proposing. The idea of a custom gene assembly that banishes the excesses of PTSD or crippling phobias may actually be a reality in an amazingly short time. Phobias, or at least the potential for them, may be handed down through the generations, and having your own altered via gene therapy might break the hereditary cycle. It's a pretty amazing thought. But it's not here yet, so for the moment, we have to stick to other, more conventional methods. Thank heaven for science.