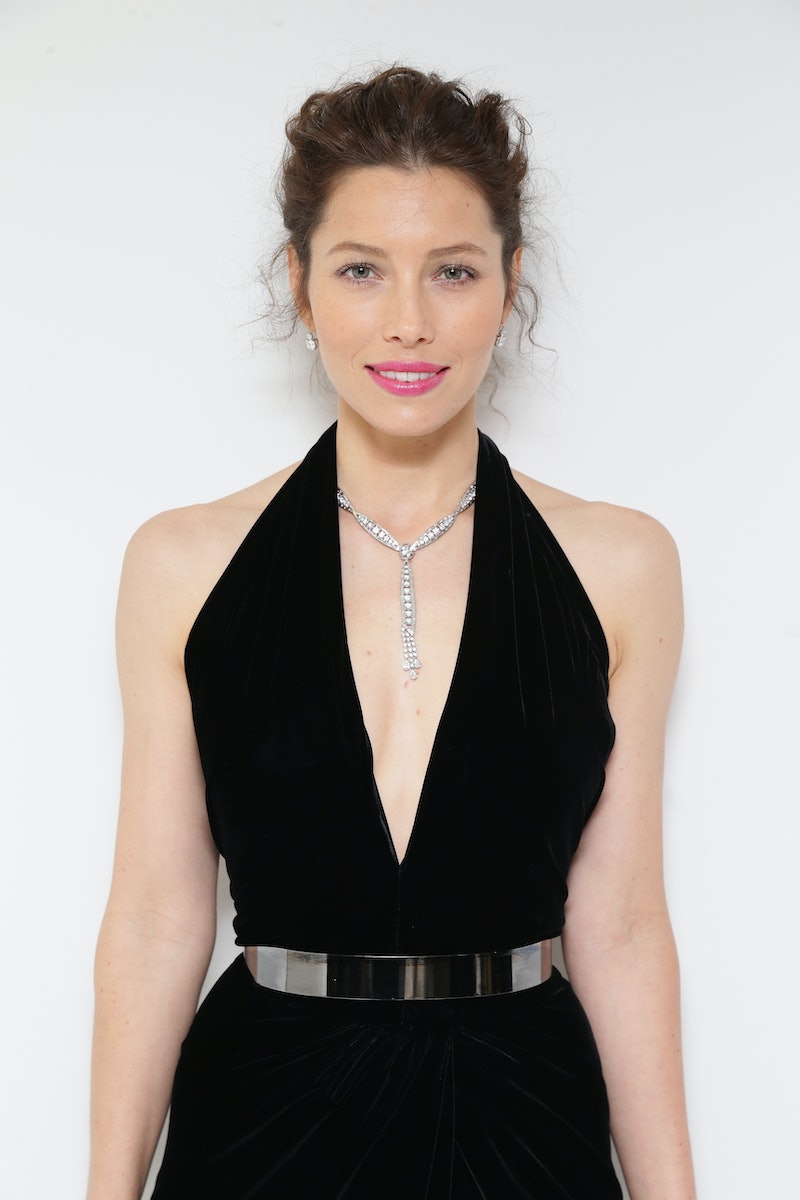 After months of waiting, movie-goers will soon be able to see Jessica Biel and Zosia Mamet's Bleeding Heart . The film, which premiered at the Tribeca Film Festival, is set to be available on demand November 3, and in theaters on December 11. Until then, you can check out Bleeding Heart's poster, which Bustle is exclusively premiering.

The thriller sounds super intense. According to the Tribeca Film Festival's official website, Bleeding Heart follows the story of a yoga instructor (Biel) whose life is thrown off-kilter by the arrival of her long-lost sister (Mamet), "a street-smart yet naive young woman caught working the streets and trapped in an abusive relationship." Biel is slowly drawn into Mamet's world, so you can pretty much already tell this is going to be a gripping film.

Earlier this year, Mamet spoke with Bustle about the complexity of the role, saying, "She’s a young, quirky little girl, and I really wanted to show that side of her. She just happened to fall into this world. That was the most exciting, challenging part — to keep her really grounded. Part of her is incredibly innocent."

The intensity of the movie is illustrated in the poster, which you can see below. Both of the women look strong and powerful in the image and, given the context of the movie, I'm sure this carries over into their characters. The teaser "Tied by blood. Bound by lies." pretty much confirms we'll all be sitting on the edges of our seats when Bleeding Heart is released.