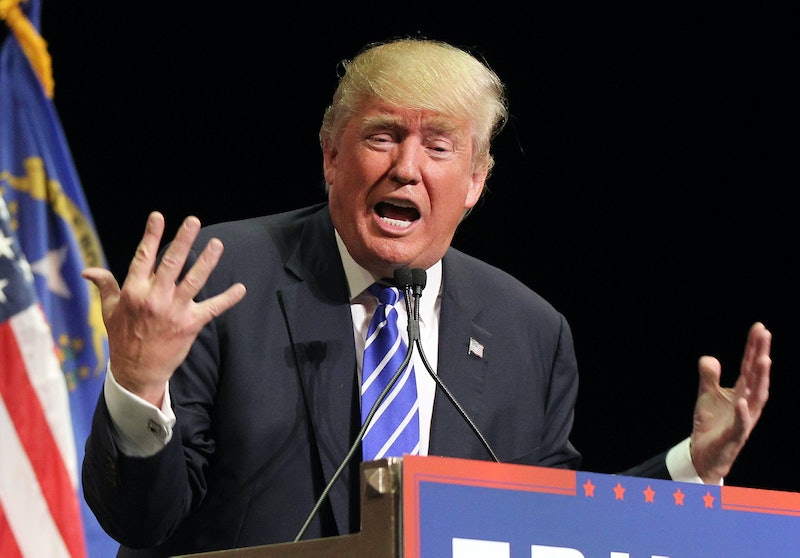 Well, now, this is interesting. According to Variety, Donald Trump is set to host Saturday Night Live on November 7, his first time hosting since 2004. The presidential hopeful has been entertaining audiences for quite some time, especially ever since he announced his presidential bid, but I don't think much of it has actually been on purpose. Thus, it will be incredibly interesting to see what kind of performance he's going to bring to the show 11 years after he first held that stage.

While there's no information as of yet about what kind of show Trump plans to do, or, better yet, what sketches he plans to participate in, I can really only see the good in this. After all, Donald Trump doesn't even need to play a character on Saturday Night Live; he can just play himself, in a (slightly) exaggerated form, and still entertain the audience. More than anything, this is a good move for Trump because it proves to the world that he is completely willing to laugh at himself. Plus, think of how easily he'll be able to pull in that youth vote by appearing on a show as ubiquitous as Saturday Night Live. I'm not a psychic, but I already predict that this could be the episode that has some of the greatest ratings of the current season.

Basically, anything that features Trump poking fun at himself, dressing up in costumes, or doing a monologue that isn't wildly offensive is welcome in my book. Do I think it's a strange choice? Yes, kind of. But do I respect it for the political move it is? Yes, kind of. If I sound wishy-washy on this, it's because I still have no idea how to feel about the Donald on the Saturday Night Live stage, and I probably still won't know how I feel until his hosting stint is over. If even then. Whether the night turns out to be a huge hit, or a total dud, at least we can enjoy Sia's music (she is his musical guest) while we laugh or cringe.

More like this
‘SNL’ Finally Spoofed Nicole Kidman’s Weirdly Beloved AMC Ad & Nailed It
By Stephanie Topacio Long
15 Piping Hot Behind-The-Scenes Secrets From 'Great British Bake Off'
By Emily Dixon and Darshita Goyal
What’s New On Netflix: Ana De Armas’ 'Blonde' & A Nick Kroll Special
By Arya Roshanian
Only 3 'Married At First Sight UK' Couples Are Still Together
By Bustle UK
Get Even More From Bustle — Sign Up For The Newsletter