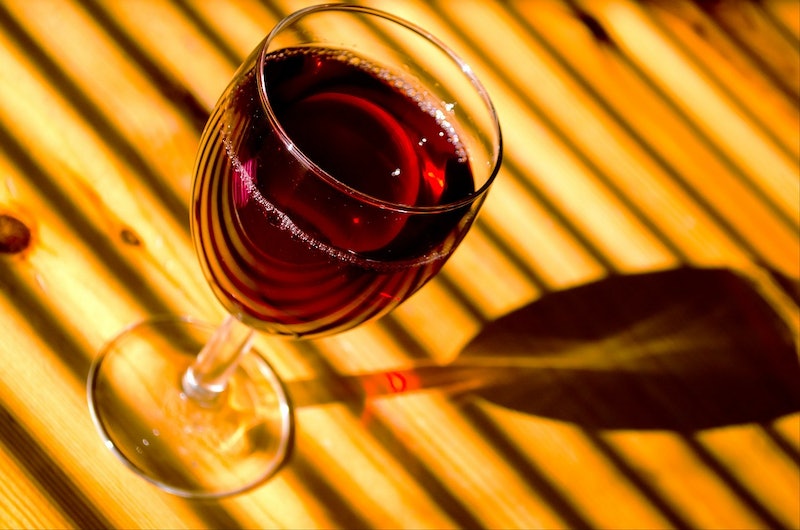 The questions of whether or not red wine is good for us, and if so, how much or little of it we should drink in order to reap the benefits have plagued us for what seems like an eternity. I have good news for today, though: A new study published in the Annals of Internal Medicine figured out how much red wine you should drink to experience the lowered cholesterol and other health benefits red wine can bestow upon us. Finally! Concrete proof that red wine is good for us!

The research team who lead this study hail from the University of the Negev. The initial goal was to find out whether those with Type 2 diabetes — who are more likely to suffer from heart disease and lower levels of HDL, or good cholesterol — could benefit from drinking red wine in small amounts. It's important to also note that the researchers only studied people who had controlled Type 2 diabetes and who had a low risk of abusing alcohol. They also chose individuals who did not identify as regular wine drinkers to make sure that the effects the study produced were solely linked to the addition of red wine into their diets.

224 people fit this description. These participants were told to start drinking one of three different beverages with their dinners: Five ounces of mineral water, five ounces of dry white wine, or five ounces of dry red wine. If you're wondering why they chose five ounces specifically, it's because that's how much is technically in one serving of wine. The study was a long-term one conducted over the course of two years, during which time the participants drank their beverage with dinner every night; additionally, they had no calorie restrictions on what they could consume, as long as whatever they ate followed the Mediterranean diet.

The participants checked in with researchers twice during that two-year span, at which points they gave blood samples and took surveys to create an accurate picture of how their biomarkers changed during the experiment.

The results? Those who had been assigned to drink red wine had better levels of HDL in their systems at the end of the two years. Even if those who had drank water had better cholesterol levels at the two-year mark, the ratio of improvement was much higher for those who drank wine. The red wine drinkers also experienced a massive decline in components of metabolic syndrome, including high blood pressure and insulin resistance. The only shared benefit that both the red and the white wine drinkers had was a better quality of sleep (the water drinkers had no such reported benefit).

However, it's important to stress that the participants only drank one glass of wine per day, so if you're looking to reap the health benefits of wine, don't think that drinking an entire bottle is going to get you there. In fact, binge drinking wine has been shown to have negative health consequences, so make sure to stick to drinking a moderate amount. Cheers!