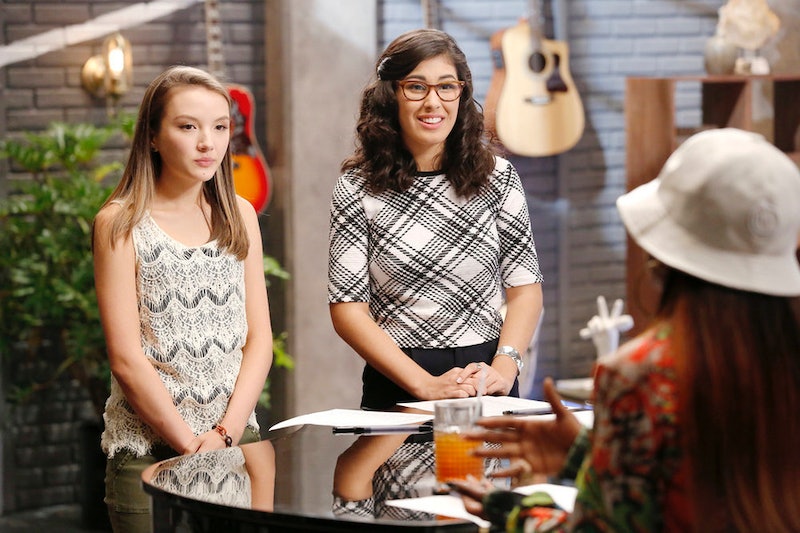 Talk about girl power. Siahna Im, 15, and Ivonne Acero, 17, owned the stage during The Voice Battle Rounds with a powerful, fun duet to The Supremes' "You Keep Me Hangin' On." Though both girls gave a rockstar performance, there was a clear winner — spunky Siahna Im. There's just no way you can send home a tiny little girl with the voice of a 35-year-old woman who's been performing in stadiums her entire life. Coach Pharrell Williams obviously agreed with me since he decided to keep Im and send Acero packing. But fortunately for her, Acero left a big impression on the coaches and was stolen by TWO of the remaining coaches. While this is great news for her now, does Acero really have what it takes to stay on this show? Most likely not.

At 17, Acero is definitely talented for her age — seriously, how many kids her age can say they've auditioned for The Voice twice? But is she talented enough to beat out her competition? That doesn't seem likely. Sure, she has a great voice — but her performances lack the power and personality necessary to win this competition. There are several really strong contestants with versatile talent this season. In order to beat them out, Acero would really have to prove herself in the coming weeks by breaking out of her shell and asserting herself as an invaluable talent. Otherwise, she'll get sent packing pretty early on.

So does she have all the right ammunition to beef up her talent before the Knockout Rounds? Sadly, no. Although her new coach, Blake Shelton, has a good track record of producing winners, I don't think he'll be able to give Acero what she needs to stay in the game. Her stage presence is what really needs work, and Shelton is certainly not the expert on that when you take a look at the panel of coaches. No, if she had really wanted a shot at winning, Acero would've chosen Gwen Stefani — the queen of fun, over-the-top performances. Stefani would've broken Acero out of her shell and set her on the path to victory.

It'll be interesting to watch Acero's progression with Shelton in the coming weeks. Hey, she could have a major breakthrough and work her way in to one of the top spots. But, more likely than not, Acero will fail to stand out amongst the other contestants and get sent home within the next weeks. Only time will tell.

More like this
Rachel Fuda Gave Birth Just Weeks Before 'RHONJ' Season 13
By Brad Witter
Twitter Thinks This Is The Real Reason Zach Sent Christina Home On 'The Bachelor'
By Grace Wehniainen
Genevie Explained Why She Was Wearing A Sling During 'The Bachelor'
By Grace Wehniainen
Danielle Cabral From 'RHONJ' Is No Stranger To Reality TV
By Brad Witter
Get Even More From Bustle — Sign Up For The Newsletter
From hair trends to relationship advice, our daily newsletter has everything you need to sound like a person who’s on TikTok, even if you aren’t.