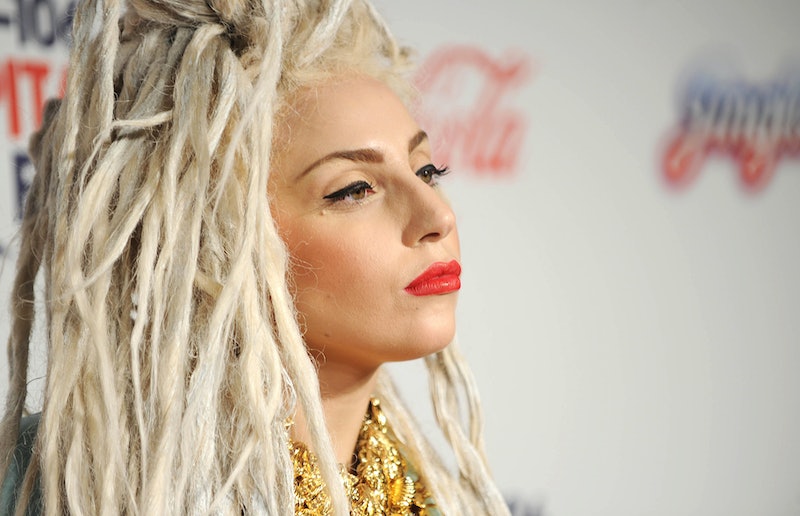 So who is better than R. Kelly? Aside from, well, everyone? Christina Aguilera is! And so it is that Lady Gaga and Christina Aguilera have teamed up for a new studio single of "Do What You Want." Maybe this means Gaga will fire Kelly? Probably not, but a girl can dream.

Gaga and Aguilera first performed the song during the season finale of The Voice as a surprise to fans, with the pair dressed as some sort of fabulous '70s space aliens. The song appears on Gaga's album ARTPOP, on which she is paired with Kelly.

There's been a whole bunch of backlash against Gaga's work with Kelly recently, though — something about those pesky more than a dozen girls R. Kelly's been accused of raping. Gaga hasn't spoken out about any of this, but we wouldn't be all that surprised if the controversy has fueled Gaga's desire to move the single at least a little ways further away from him.

And now we've got a studio version. Gaga tweeted it out with a celebration of its "pink champagne, gold lame, hair, and fearlessness." You can watch The Voice performance and listen to the studio version below.

Now if only we could replace Terry Richardson...

More like this
What Is Ariana Grande's Net Worth? When It Comes To Money, She Has No “Problem”
By Hugh McIntyre
Lady Gaga Delivered A Million-Dollar Performance At A Private Wedding
By Maxine Harrison
Everything To Know About The Musical ‘Joker’ Sequel – & Lady Gaga’s Role
By El Hunt
Beyoncé Delivers “Soaring Vocals” On New Album “Renaissance”
By El Hunt
Get Even More From Bustle — Sign Up For The Newsletter