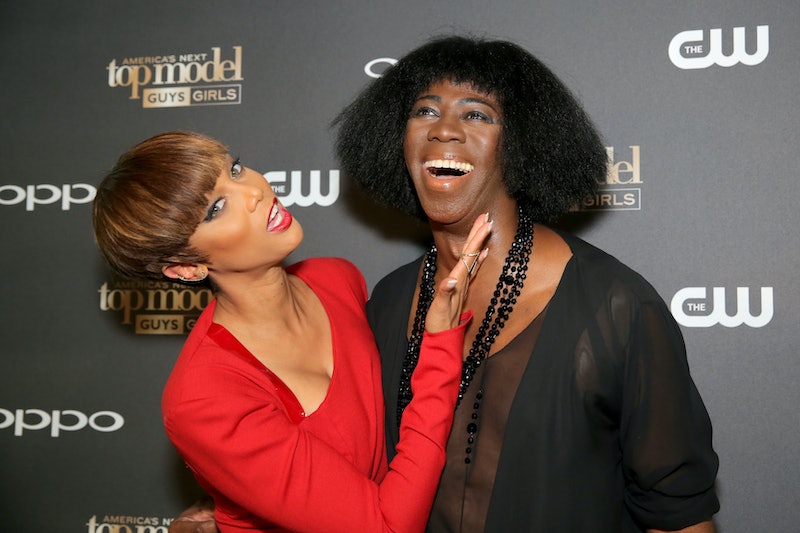 If you're one of the many whose selfies were able to be taken to a whole new level thanks to the wisdom of Tyra Banks on America's Next Top Model and her signature "smize," bad news: I'm sorry to say that you may have to get any future modeling advice from reruns of the show. On Wednesday, The Hollywood Reporter broke some seriously devastating news: America's Next Top Model will end after Cycle 22, thus bringing an end not only to one of the best competition shows on television, but also Banks' 12-year reign as the tough (but fierce) head judge and host. It's officially the end of an era, and if you spent many a weekend binge watching America's Next Top Model like I did, you'll know that it's a devastating loss for television. ANTM, you were gone too soon — and it's going to be damn hard to smize now without you around.

America's Next Top Model was one of the first reality shows of its kind to hit television screens, and it inspired an entire generation to seriously consider modeling as a viable career move. (What short girl didn't secretly wish that they could jump a few inches so that they could have a real shot at auditioning for the reality show?) Though most fans fell in love with the series for its ridiculously elaborate photoshoots and behind-the-scenes drama, the show wasn't completely without heart: it was inspiring to see wannabe models come out of their shell as their pictures were praised for fierceness.

Of course, not every model achieved "icon" status, but we can still credit America's Next Top Model as being part of the reason why we have models like Gigi Hadid, Karlie Kloss, and Cara Delevingne: Gone are the days where models are faceless, often unnameable blank slates — now, a unique personality matters just as much as looking stunning in a designer frock. America's Next Top Model may have ended its reign, but it certainly left a big impact in its wake.