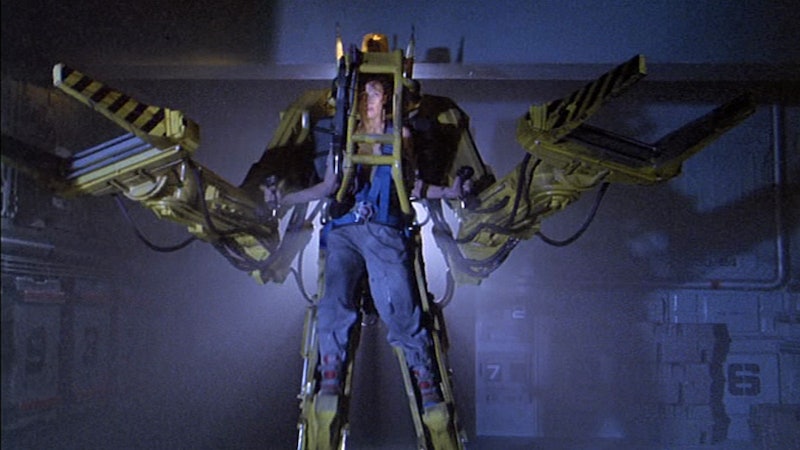 Researchers at Aalborg University in Denmark are developing a robotic exoskeleton that will help the elderly maintain mobility and independence. Called the “AXO Suit,” the machine is a lightweight skeleton that will fit over the user’s arms, legs, and torso. Small electric motors will support the user’s body and lend additional strength and stability to movement. Only a few weeks ago, I wrote about electronic pills being developed for human consumption; within a few years, we may have digestible circuits and sensors on the inside of us and robotic skeletons on the outside. The cyborg revolution is officially here, guys. Resistance is futile.

The AXO Suit is aimed at improving the quality of life and prolonging the independence of older people whose minds are sharp, but whose bodies may be flagging. In movies, exoskeletons are usually used to give people super strength and other superhuman fighting abilities abilities (See: Aliens, Elysium, and Edge of Tomorrow, for starters), but the AXO Suit has a more down-to earth approach in providing practical assistance to an aging population, helping with simple tasks like walking and gardening. Although the exoskeleton could theoretically increase the strength of whomever is using it, researcher Shaoping Bai says that the AXO Suit’s “electric motor [will be] limited to a maximum of 30-50 percent,” so as not to overwhelm the user. He explained in a press release, "It is absolutely essential that you feel that it’s you controlling the robot and not the other way around. You must be stronger than the skeleton you have on, and we have designed the motors for this."(That said, it does seem like just a short hop from this exo-suit helping an old woman garden to helping her to become a sci-fi super soldier. I’m not saying that soon our grandparents will all be defending humanity from evil Xenomorphs à la Ripley in Aliens … but I’m not not saying that either. A girl can dream, right?)

The research team is aware that elderly people, who tend to be conservative about new technology, may not be too keen at first about robotic suits. For that reason, the team is encouraging users to think of it as a tool, rather than a robot. The suit will have sensors built in that will determine how much help the users need and will adjust the strength of the machine accordingly. The press release describes the AXO Suit as “a bit like being on a battery-powered electric bicycle where the motor assistance depends on how strongly you step on the pedals.”

The AXO Suit may be available sooner than you might think. The research team estimates that they will have a prototype ready in a year and a complete model in two. Shaoping Bai estimates that the exoskeletons will be commercially available in as few as five years.

More like this
25 Quotes About Love To Share During Pride Month 2022
By Madeleine Aggeler and Emma Garza
How To See The Lunar Eclipse On May 15-16, 2022
By Kaitlyn Wylde
Instagram Users Are Reporting Issues Scrolling & Logging In
By Courtney Young
What Does “Gatekeeping” Mean On TikTok? The Viral Term, Explained.
By Courtney Young
Get Even More From Bustle — Sign Up For The Newsletter